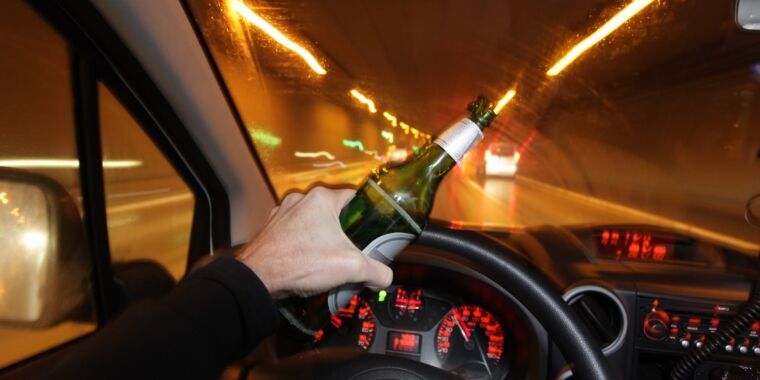 The US National Transportation Safety Board (NTSB) yesterday recommended that all new vehicles be equipped with alcohol detection systems that can stop people from driving while drunk.

The NTSB can't issue such a regulation on its own but urged the National Highway Traffic Safety Administration (NHTSA) to do so. The NTSB said it "is recommending measures leveraging new in-vehicle technologies that can limit or prohibit impaired drivers from operating their vehicles as well as technologies to prevent speeding."

If adopted, this would require "passive vehicle-integrated alcohol impairment detection systems, advanced driver monitoring systems or a combination of the two that would be capable of preventing or limiting vehicle operation if it detects driver impairment by alcohol," the NTSB said. The agency urged the NHTSA to "require all new vehicles to be equipped with such systems."

While drunk driving is a longstanding problem that has caused many deaths, the NTSB said its recommendation was spurred by its investigation into one crash that killed nine people—including seven children—in January 2021 on State Route 33 near Avenal, California. On that two-lane highway with a speed limit of 55 mph, an SUV driver leaving a New Year's Day gathering "was driving at a speed between 88 and 98 mph," the NTSB report said.