I cannot speak for all pre-modern, ancient or medieval armies. But for the periods where I have read a wide chunk of the primary source material, Iâ€™d say there is vanishingly little evidence that people in the ancient Mediterranean or medieval Europe experienced PTSD from combat experience in the way that modern soldiers do.

That is often not the impression that you would get from a quick google search (though it does seem to be the general consensus of the range of ancient military historians I know) and that goes back to arguments ex silentio. A quick google search will turn up any number of articles written by folks who are generally not professional historians declaring that PTSD was an observed phenomenon in the deep past, citing the same small handful of debatable examples. But one thing you learn very rapidly as a historian is that if you go into a large evidence-base looking for something, you will find it.

I think the evidence strongly suggests that ancient combatants did not experience PTSD as we do now. The problem is that the evidence of silence leads us with few tools with which to answer why. One answer might be that it existed and they do not tell us â€“ because it was considered shameful or cowardly, perhaps. Except that they do tell us about other cowardly or shameful things. And the loss and damage of war â€“ death, captivity, refugees, wounds, the lot of it â€“ are prominent motifs in Greek, Roman and European Medieval literature. War is not uniformly white-washed in these texts â€“ not every medieval writer is Bertran. We canâ€™t rule out some lacuna in the tradition, but given just how many wails and moans of grief and loss there are in the corpus it seems profoundly unlikely. I think we have to assume that it isnâ€™t in the sources because they did not experience it or at least did not recognize the experience of it.

Highlights From The Comments On "How Asia Works"

This guy found an ATM Skimmer in Vienna, Austria. I did not know this was a thing, be careful! : ThatsInsane 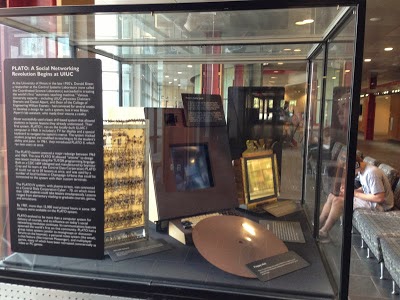 The CRPG Addict: BRIEF: Everything We Know About 1970s Mainframe RPGs We Can No Longer Play

Julia Kloiber on Twitter: "Exciting new fund in the making: https://t.co/lPY94Z2SnK â€žWhen Big Tech is long gone, a better future will come from the seed of this public interest internet: seeds that are being planted now, and which need everyone to nurture them.â€ś @malaâ€¦ https://t.co/gtyZ7KSuB6"