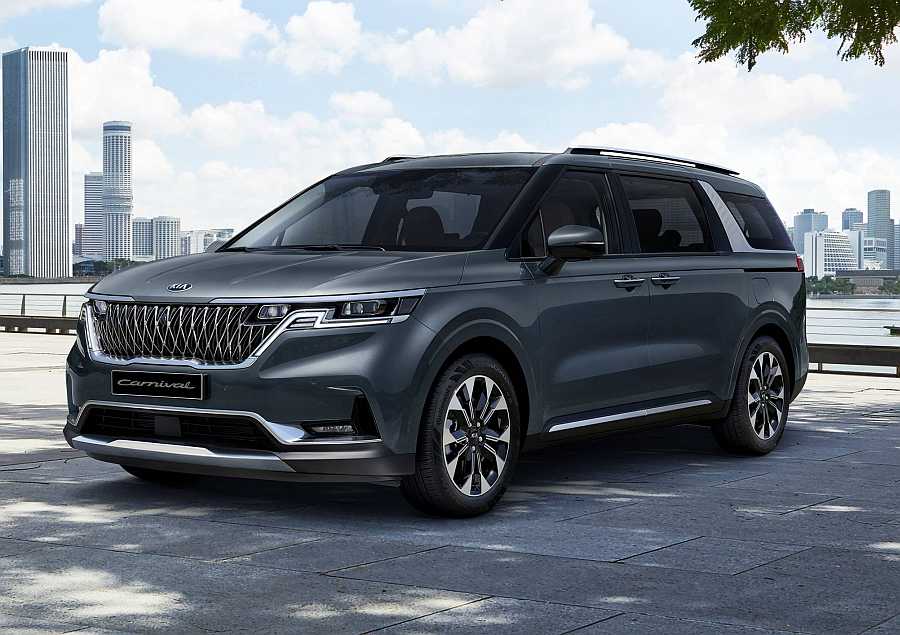 The fourth generation KIA Carnival has been unveiled

The new Kia Carnival - sold in North America and Australia under the name Sedona - is designed to attract progressive young families with a superior combination of innovation, adaptability and style. The large minivan in a new guise brings design evolution. The fourth generation Carnival, based on the legacy of globally successful predecessors, has been given the more robust look and design identity characteristic of Kia’s new generation model. The new model, which looks beautiful with filigree, futuristic details with SUV-inspired design elements, brings a muscular look with a lot of style to the minivan class.

The evolution of character and the modern look of Kia’s legendary minivan The new Carnival has been given a shorter overhang, and the A-pillar has been moved back to give designers a longer bonnet. The longer wheelbase is the main reason for more cabin space, while at the same time the vehicle looks longer, with a slightly sporty silhouette. The result is a profile that reveals Carnival’s more dynamic genetic code. This is accentuated by simple but bold character lines that run along the vehicle and connect the headlights and taillights. Beneath that clean line, the Carnival brings a visually larger body, with bolder fenders and sharp lines along the body, providing a sculpted figure. The new model has been given an unusual roof shape that looks like a kind of island due to the black A and B pillars. Looking from the side, the design element that stands out is undoubtedly the attractively designed C-pillar, which is taken from the new Sorrento. The chrome pillar, which embraces the rear side window from below and extends to the rear end, has been given a subtle diamond pattern that has found its place in the cabin as well.