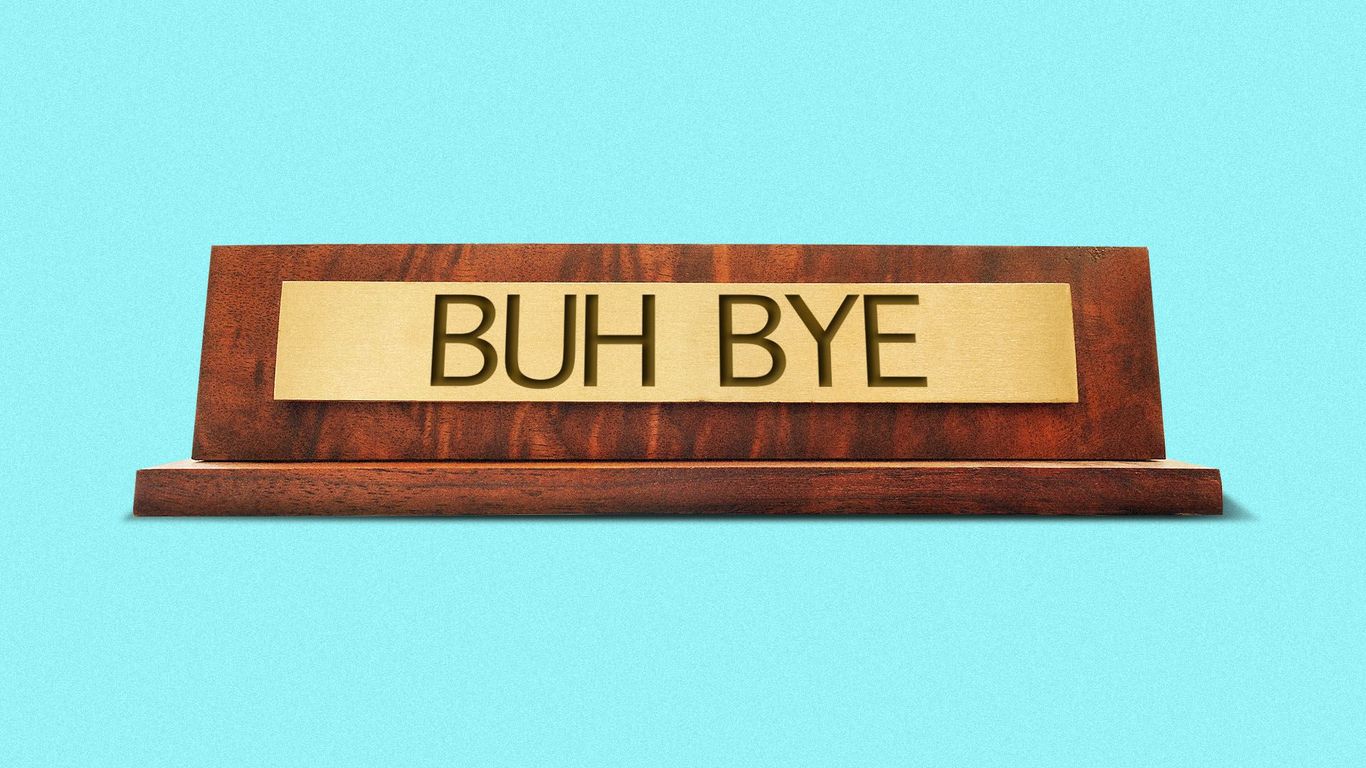 Even your boss wants to quit

The Great Resignation is seeping into the corner office, with 70% of C-level executives telling Deloitte pollsters that they seriously might resign for a job that better supports their well-being.

Why it matters: If the boss who sets the rules is feeling burned out, it's no surprise that many of the rank and file are also restive.

Driving the news: A report released today by Deloitte and market research firm Workplace Intelligence found that C-suite executives feel as frazzled and depressed as the workers who report to them. In a poll conducted in February...

Some execs are pushing for changes. 83% said they'll expand their company's well-being benefits over the next 1-2 years, while 77% said companies should be required to publicly report "workforce well-being metrics."

Asked if they'd taken any steps to help staffers mellow out, 20% of C-suiters said they'd banned after-hours emailing, and 35% said they make employees take breaks during the day.