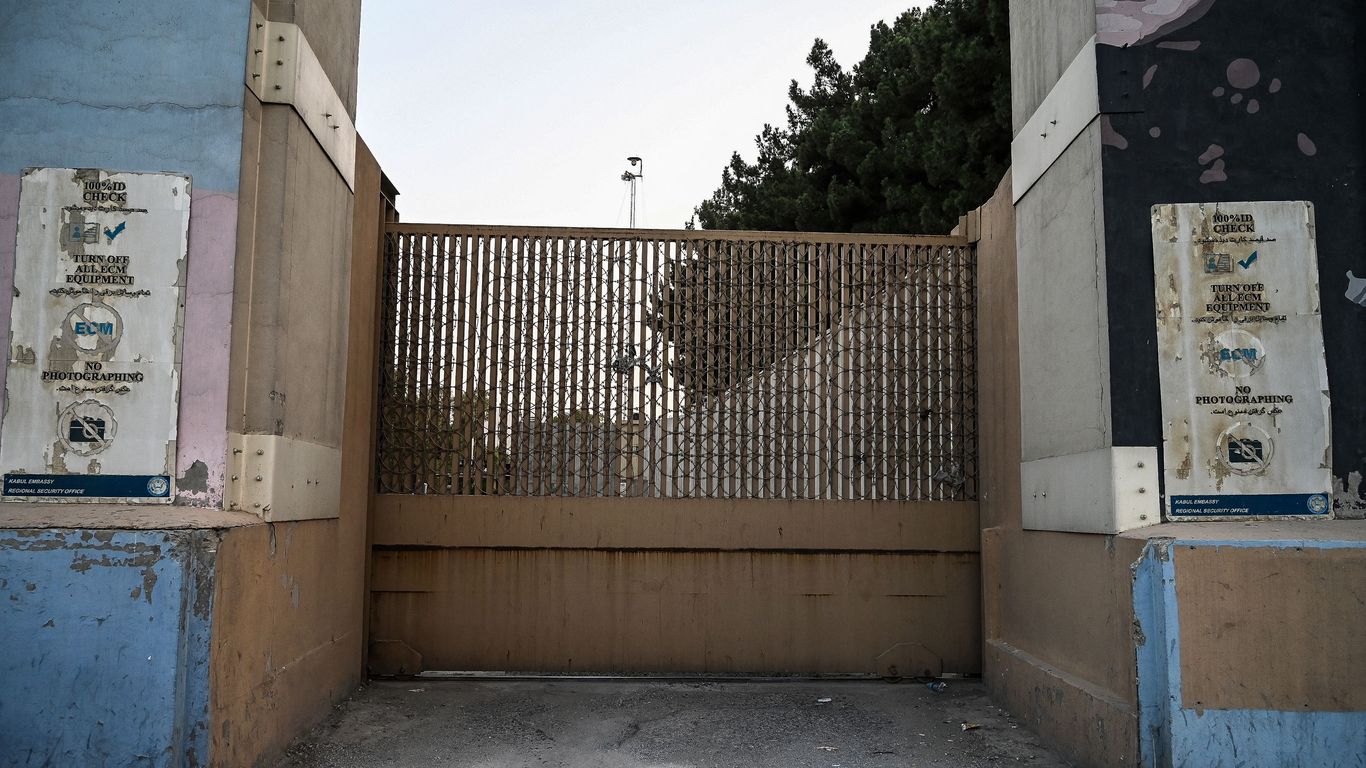 The U.S. expects to have all American embassy personnel out of Afghanistan by Monday morning, aside from the staff who will remain to process visas.

Driving the news: The American flag was removed at the U.S. Embassy in Kabul earlier on Sunday, a final step in the mass and rapid evacuation of U.S. citizens and some Afghan allies who then awaited flights out of the country.

Details: U.S. officials had originally discussed a possible 72-hour window for removing everyone from the embassy. The entire endeavor remains tense as the U.S. Embassy earlier in the day sent out an alert about the rapidly changing security situation.

What they're saying: "We assured all embassies, diplomatic centers, institutions and places and foreign nationals in Kabul that they will not face any danger," Taliban spokesman Zabihullah Mujahid said Sunday on Twitter.