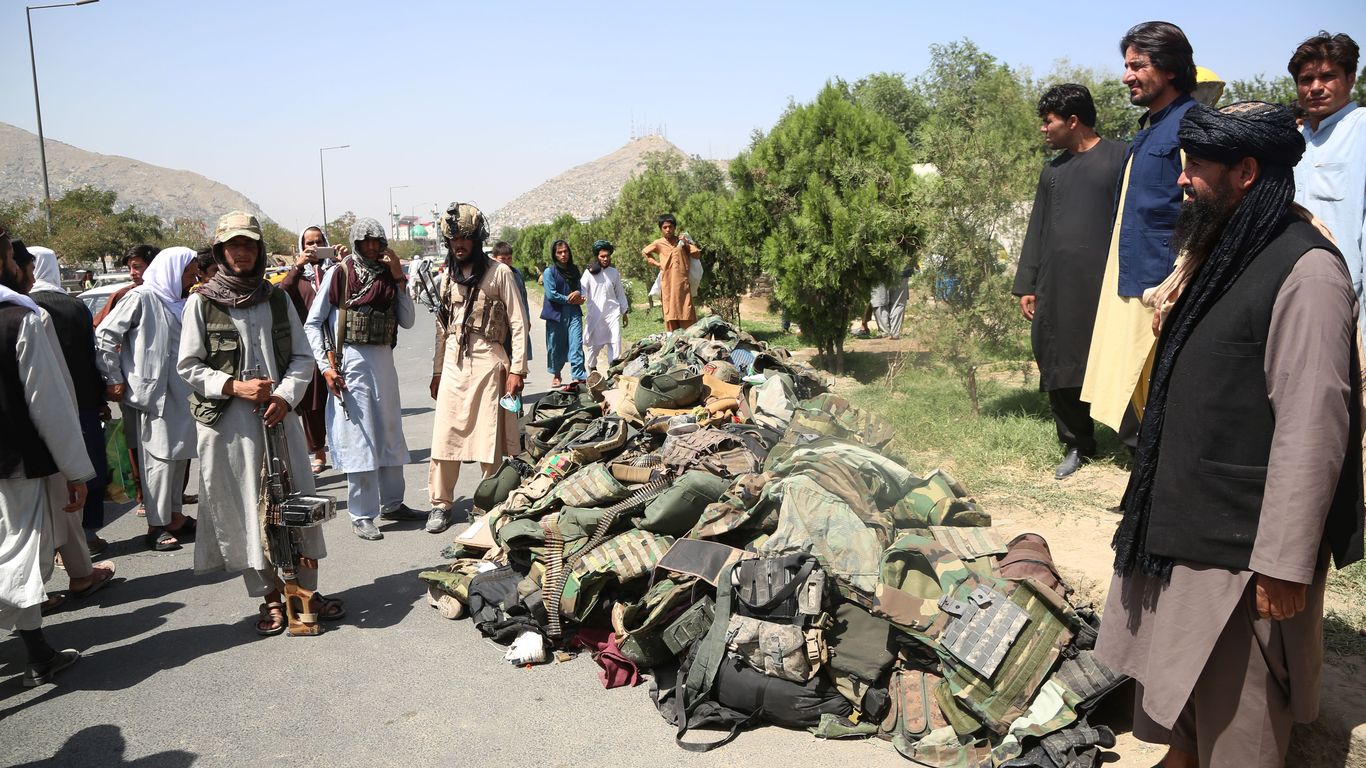 Taliban fighters stand beside the belongings of Afghan security soldiers in Kabul on Monday. Photo: Str/Xinhua via Getty Images

Why it matters: The U.S. spent billions of dollars over two decades to train and support the Afghan security forces, but the Taliban was the ultimate beneficiary of the decades-long investments.

What they're saying: The Afghan army and police force were equipped with arms, but Biden officials — including the president himself — say they lacked combat motivation.