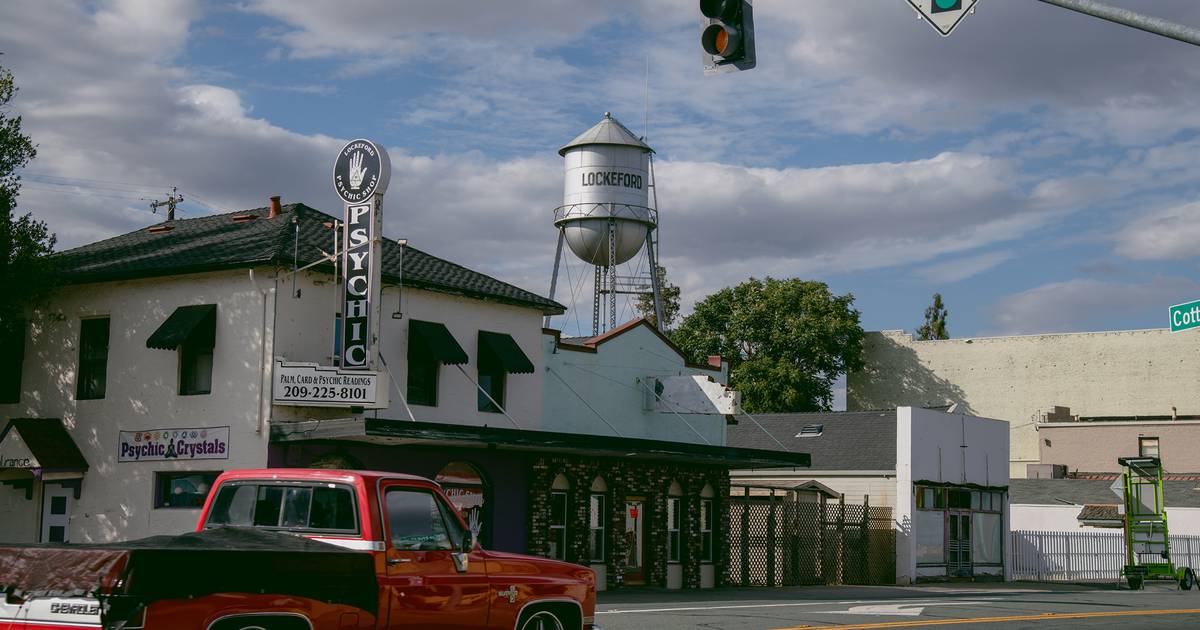 Amazon drones are coming to town. Some locals want to shoot them.

A water tower looms over downtown Lockeford, California, on June 17, 2022. (Photo for The Washington Post by Marissa Leshnov)

But as of last week - when Amazon made the news public - many of the residents of unincorporated Lockeford, with its vineyards, fruit stands, and ranches, still didn’t know about the plan.

An 82-year-old woman who lives directly across the street from the still under construction drone facility with her dog, horse, two ponies, and small herd of goats said no one had mentioned Amazon’s plans to her. The same went for two brothers busy converting the neighboring winery they recently purchased into a marijuana farm.

When Amazon announced last week that it would begin delivering packages via drones for the first time in the United States, the news took many residents of Lockeford by surprise. Amazon often embarks on its projects covertly, using code names and negotiating tax subsidies in secret, whether building data centers, corporate headquarters or new fulfillment centers. But the big reveal sometimes comes as a shock to locals, triggering fights between the tech giant and the communities it aims to court.