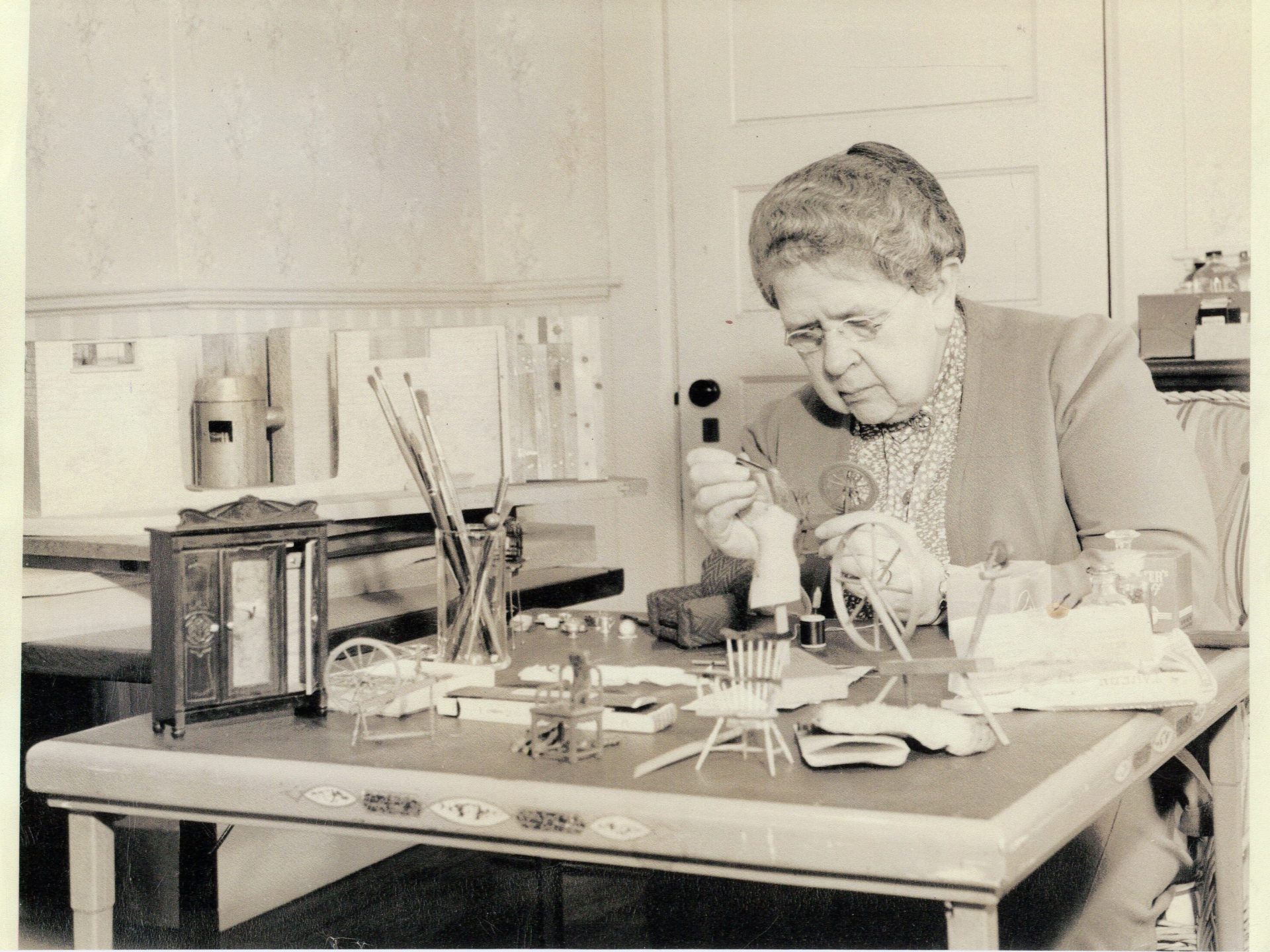 A husband and wife, lying in their bedroom, their baby in her crib in the adjacent nursery. A typical family on a typical morning, minus the red bloodstains on the beige bedroom carpet and the pink and white striped wallpaper behind the crib. All three family members, mother, father and baby, have been shot to death.

While the scene may sound like something straight out of a true-crime show, it is a diorama called “Three-Room Dwelling” that was built in about 1944 by a 60-something Chicago heiress named Frances Glessner Lee.

It was made to train police officers in the handling and processing of evidence. The blood behind the baby’s crib allows officers to study blood spatter patterns.

Lee crafted her macabre dollhouse-sized crime scenes using miniatures, then considered a feminine craft, to educate in a field dominated by men.

In the 1940s and 1950s, when Lee created what came to be known as The Nutshell Studies of Unexplained Death, her dioramas were seen as a revolutionary and unique way to study crime scene investigation.