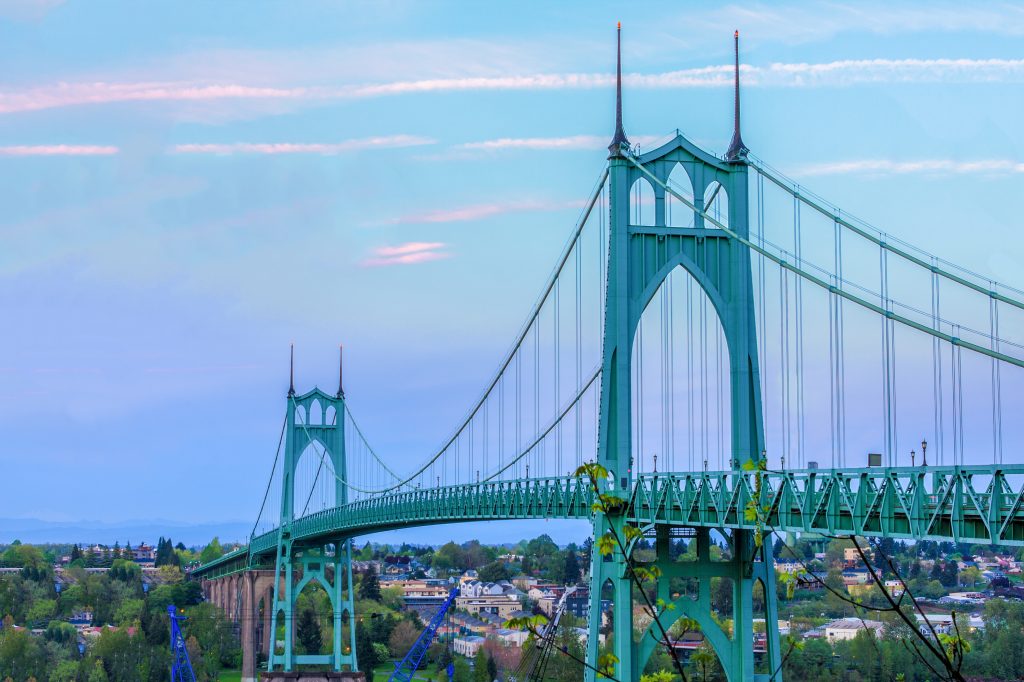 Why Are So Many Steel Bridges Painted Green?

Despite some notable exceptions, like the Golden Gate Bridge, a large number of steel bridges across the United States are painted a similar shade of sage green.

The manufacturer of the green paint used on countless bridges across the United States calls the unique shade, ODOT Green. It was named after Oregon’s Department of Transportation (ODOT), the state agency that initially used it and made it popular.

One of the first viaducts that was painted green was the St. Johns Bridge, a steel suspension structure that crosses the Willamette River in Portland, Oregon. It connects the city’s Cathedral Park neighborhood with an industrial area near Linnton.

This local historic landmark was designed in the gothic style, and its prominent supports, which resemble church steeples, are the reason the adjacent neighborhood is known as Cathedral Park. The bridge is just over 2,000 feet long and approximately 400 feet high and is one of only three suspension bridges in the state of Oregon. It officially opened to traffic in 1931 and is still the tallest bridge in Portland.

Prior to its completion, the area was served by a ferry service that carried approximately 1,000 vehicles per day. It was a struggle to secure funding for the bridge because the location was considered rural, and business owners in the city weren’t interested in supporting a bridge that would not help generate revenue for them. However, a grass-roots lobbying effort encouraged voters to approve a bond of more than four million dollars to build the viaduct.