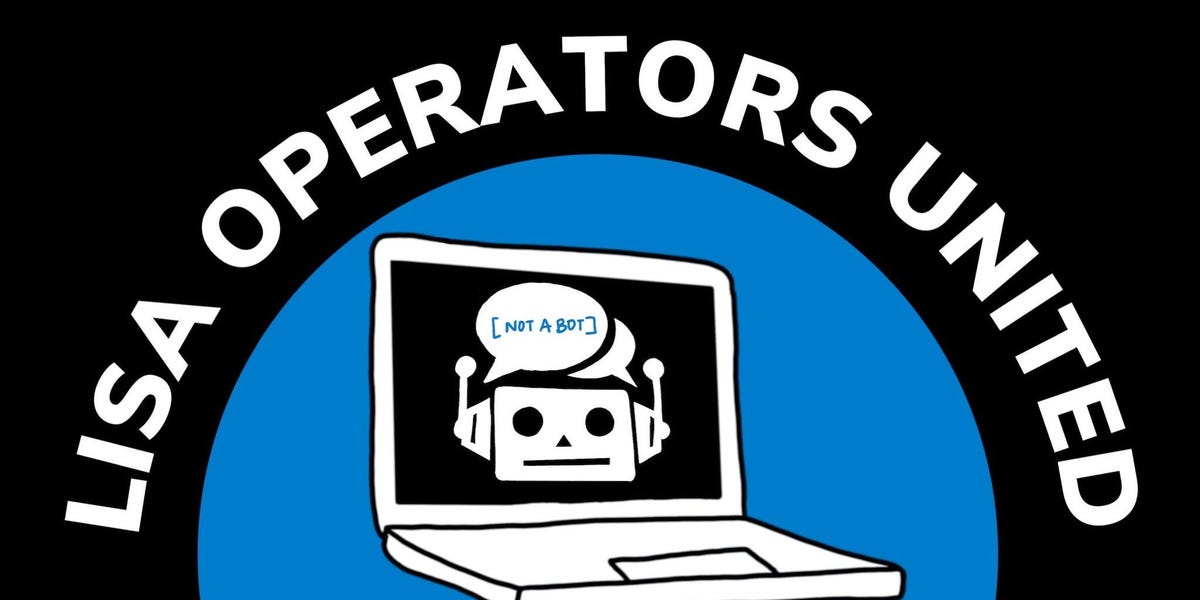 Chatbot operators at real estate software firm AppFolio have filed for a union election. Here's what they want.

Approximately 70 part-time, hourly workers who operate AppFolio's property management chatbot — dubbed Lisa — have filed for a union election. The Lisa Operators United ballots were mailed out Tuesday and the workers are confident that they have majority support to win the election.

The company's AI-backed chatbot automatically responds to people's questions about properties and helps schedule showings, but when a question is too specific, such as details of one particular apartment unit, human chatbot operators step in to answer queries.

"We basically monitor [Lisa] to make sure that she's doing what she's intended to do — it's a lot less automated than people think," Kel Smith, an organizer for Lisa Operators United said. "There is a huge team of humans behind her, teaching her and helping her along the way."

Smith is about to celebrate their three-year anniversary with the company and said Lisa has become increasingly automated throughout that time.