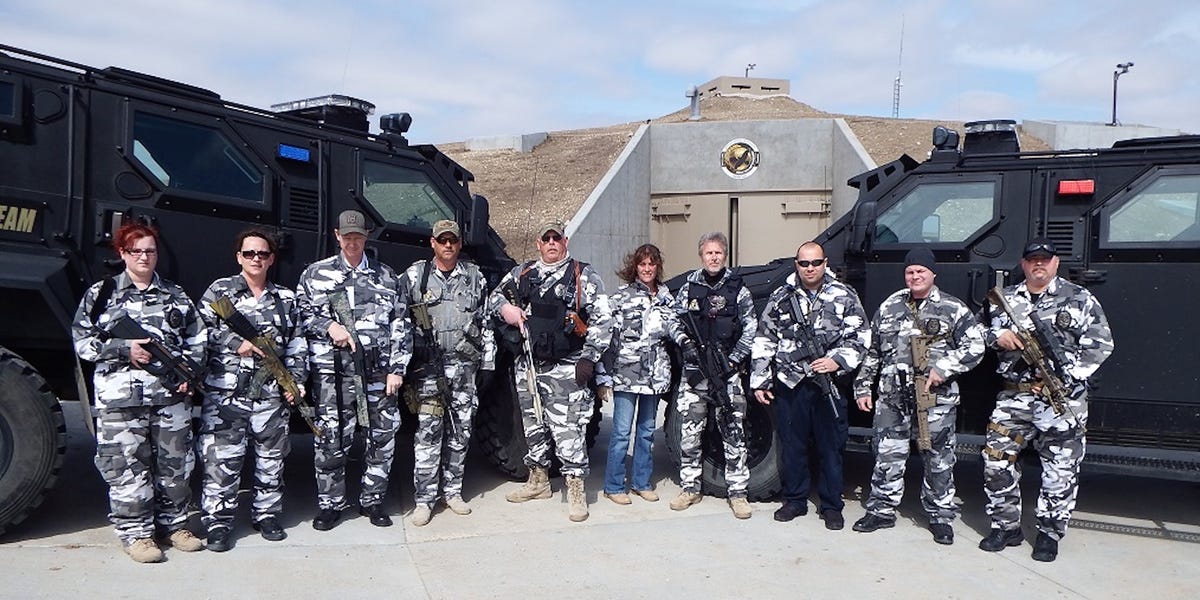 Here's a look inside a 15-story underground doomsday shelter for the 1% that has luxury homes, guns, and armored trucks

In 2008, Larry Hall purchased a retired missile silo — an underground structure made for the storage and launch of nuclear weapon-carrying missiles — for $300,000 and converted it into apartments for people who worry about Armageddon and have cash to burn.

Fortified shelters, built to withstand catastrophic events from viral epidemics to nuclear war, seem to be experiencing a wave of interest in general.

Hall's Survival Condo Project, in Kansas, cost about $20 million to build and accommodates roughly a dozen families. Complete with food stores, fisheries, gardens, and a pool, the development could pass as a setting in the game "Fallout Shelter," wherein players oversee a group of postapocalyptic residents in an underground vault.