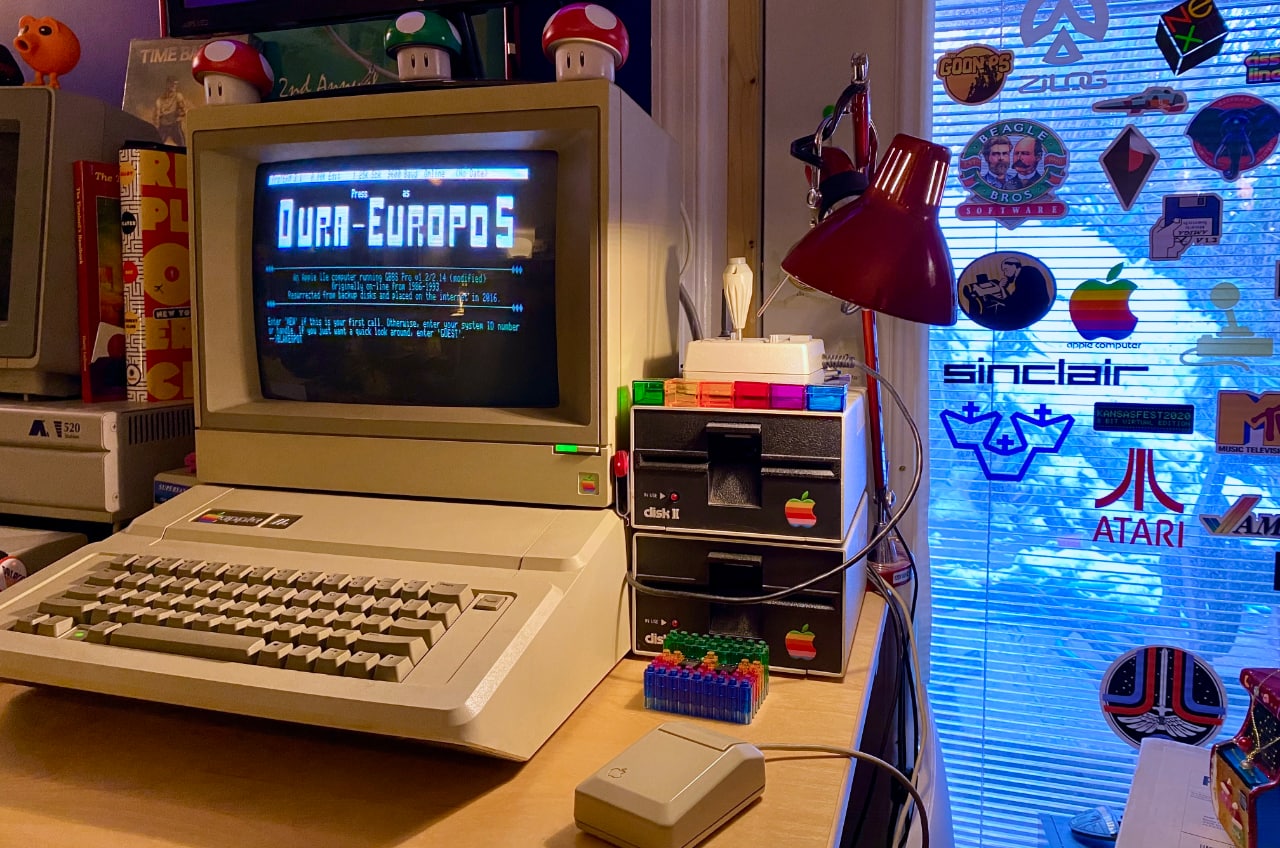 BBSing in the Snow Is the Best Way to Login

I logged into my first dial-up electronic Bulletin Board System in the spring of 1986 at the house of a friend I was visiting. His family had an Apple IIe setup with an Apple Modem 1200, the kind that sat under a desktop phone, at one end of their den. He was a fairly avid BBS user and when I expressed an interest he logged in to a local BBS called OxGate and showed me around. (OxGate ran the RBBS software on a flavor of RCP/M, a multiuser CP/M-like operating system, and was located in Grafton, Virginia.) On his computer I setup an account and logged in. And I was off…

A few months later, for my 14th birthday, I asked for and was given a Prometheus ProModem 1200A modem (thanks for the image, Tony) for my own IIe and was able to dial in on my own. Until I was able to have internet access at home (in 1994 via a dail-up PPP TCP/IP connection from a local ISP known as Widomaker over a Cardinal 28.8Kbps modem), dial-up BBSing was my favorite computer activity. That’s a solid 8 years.

When I think back on those days, I recall the most pleasant times on a BBS were rainy days — or, better, snowy days — when there wasn’t much you could do outside, but you could have a all kinds of fun discussing this or that in the message bases on the numerous BBSs in the local area code. (This was when it was all land lines and long distance charges were a thing). And most of what we discussed was the computers we were using to dial in on, and their particular attributes. Yes, BBSs were pretty geeky places.