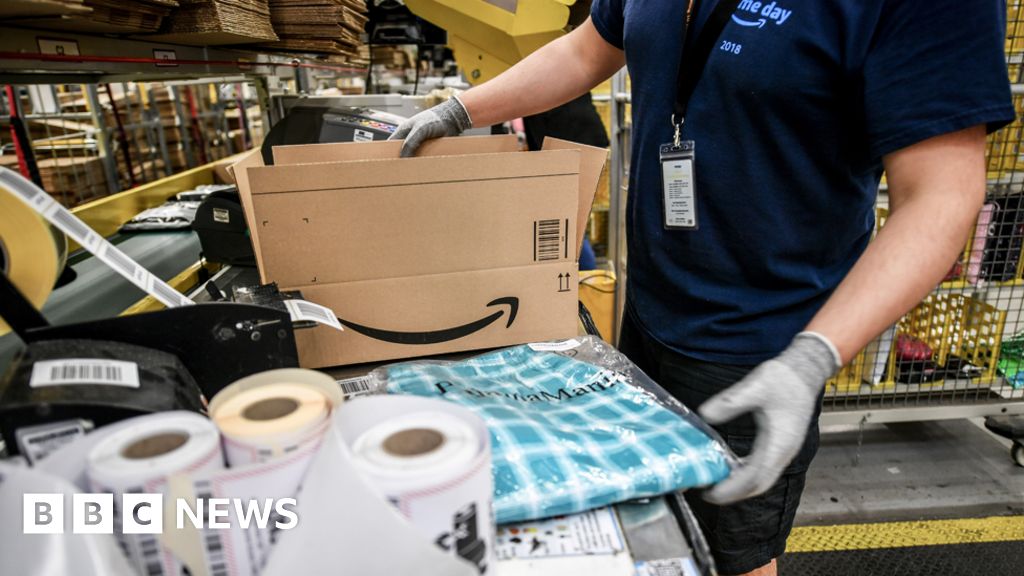 Around 300 staff walked out at Amazon's Coventry warehouse, the GMB union said, over what they called a "derisory" 5% pay rise to £10.50 an hour.

Workers told the BBC about "severe" conditions, claiming they are constantly monitored and upbraided for "idle time" lasting just a few minutes.

A spokesman said it "also encourages coaching to help employees improve if they are not meeting their performance goals".

"The thing with stopping work is that they want to know why," said Mr Hilton. "So if the time is beyond a couple of minutes they can see it on the system."

Mr Hilton, who has diabetes, said it is not always possible to find toilets close by in the building and the process of locating one and returning can sometimes take upwards of 15 minutes.

Instead of scanning, workers might be asked to handle pallets. "So when there's problems with a pallet or a box, that time will accrue," said Mr Westwood.