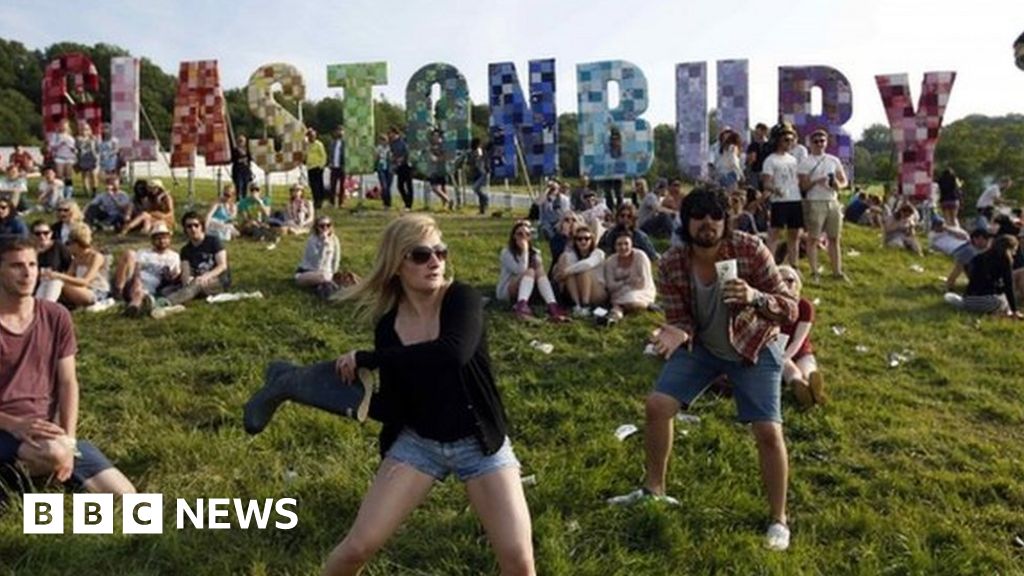 Glastonbury Festival: Traces of drugs found in river at site

A spokesman for Glastonbury Festival said the Environment Agency had not raised any concerns with them on the matter following the 2019 event.

He said: "Protecting our local streams and wildlife is of paramount importance to us at Glastonbury Festival and we have a thorough and successful waterways sampling regime in place during each festival, as agreed with the Environment Agency.

"We are aware that the biggest threat to our waterways - and the wildlife for which they provide a habitat - comes from festivalgoers urinating on the land."

It does not condone the use of illegal drugs and continues to "successfully strongly discourage" public urination, he added.

"We are keen to see full details of this new research, and would be very happy to work with the researchers," the spokesman said.

Dr Christian Dunn, from Bangor University, said: "Our main concern is the environmental impact. This study identifies that drugs are being released at levels high enough to disrupt the lifecycle of the European eel.