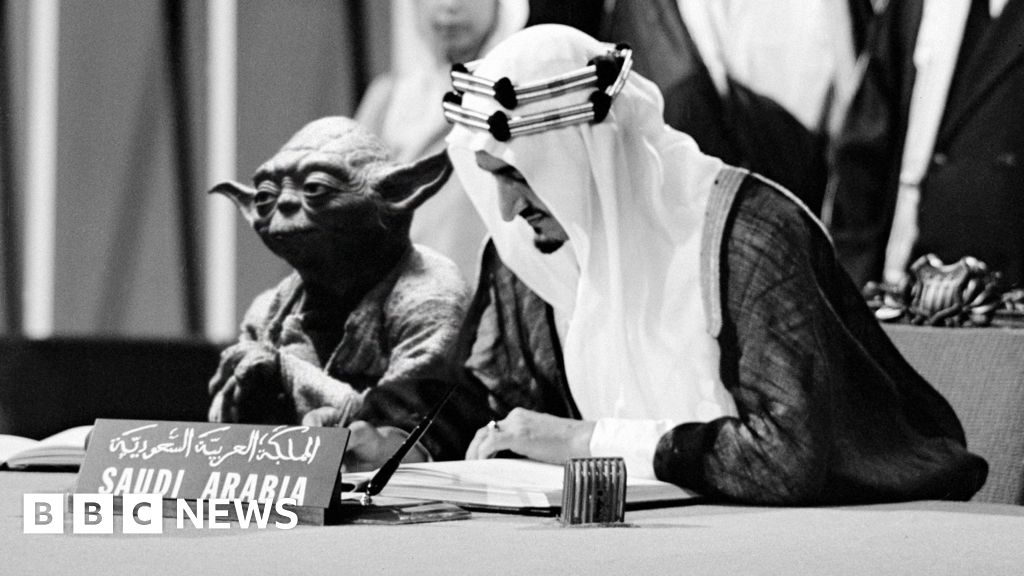 Saudi Arabia's education minister has apologised for the production of a school textbook in which the Star Wars character Yoda is seen superimposed on a photograph of the late King Faisal.

The image, which shows the diminutive Jedi Master sitting beside King Faisal as he signs the UN Charter in 1945, was created by the Saudi artist Shaweesh.

However, he stressed that he had meant no offence to the king, who helped transform Saudi Arabia into a modern state and an actor on the world stage.

Remember when Yoda signed the United Nations charter back in 1945 with Faisal of Saudi, @starwars? Saudi Ministry of Education does! pic.twitter.com/T62mwtZppr

The 2013 artwork, entitled United Nations (Yoda), is part of a series in which symbols of American pop culture - ranging from Captain America to Darth Vader - are superimposed onto archive photos of historical events.

The initial inspiration, Shaweesh said, was a photograph of the late Egyptian President Anwar Sadat standing beside Mickey Mouse during a visit to Disneyland.