Colorado is not a rectangle — it has 697 sides

West of the Mississippi, states are bigger, emptier, and boxier than back east. From a distance, all seem to be made up of straight lines.

Only when you zoom in do you see their squiggly bits: the northeast corner of Kansas, for instance. Or Montana’s western border with Idaho that looks like a human face. Or Oklahoma’s southern border with Texas, meandering as it follows the Red River.

New Mexico comes tantalizingly close to having only straight-line borders. There’s that short stretch north of El Paso that would have been just 15 miles (24 km) long if it were straight instead of wavy.

No, there are only three states whose borders are entirely made up of straight lines: Utah, which would have been a rectangle if Wyoming hadn’t bitten a chunk out of its northeastern corner; Wyoming itself; and Colorado.

Except that they aren’t. For two distinct reasons: because the earth is round, and because those 19th-century surveyors laying out state borders made mistakes. 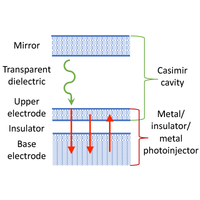