The Internet is my computer

In 1984 John Gage of Sun Microsystems was credited as saying "The Network is the computer." Almost four decades ago, John had a vision of distributed systems working together to be greater than the sum of their parts.

In this article, I'll introduce I want to dig a little deeper into John's words and what that means for us today. We'll also look at a very practical use-case for the Internet is my computer through hosted IDEs which have a number of different benefits and users. As a CNCF Ambassador, I'll also be asking what role Kubernetes has to play here and giving my personal take on hosted IDEs.

The core idea was that, if you had your own computer or terminal, then you could tap into the resources such as CPU, memory and storage of others on the network. This would allow for individuals to process computationally hard problems without owning the necessary hardware.

Today, the Internet has opened possibilities that may have seemed like science-fiction in the 1980s. Public cloud has all but removed issues around capacity planning and server management, whilst retaining many of the benefits, and going as far as to offer per millisecond billing for resources that would have previously involved serious capital investment.

The Internet Computer: Revolutionary or Hype? 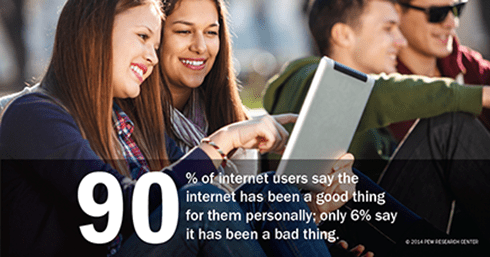 Part 1: How the internet has become intertwined with everyday life in the United States

WiFi Full Form: What Is WiFi With Full Information?

Monitor your Internet with a Raspberry Pi

Does the Internet Prove the Need for Government Investment?

What is a VPN and why do I need it?