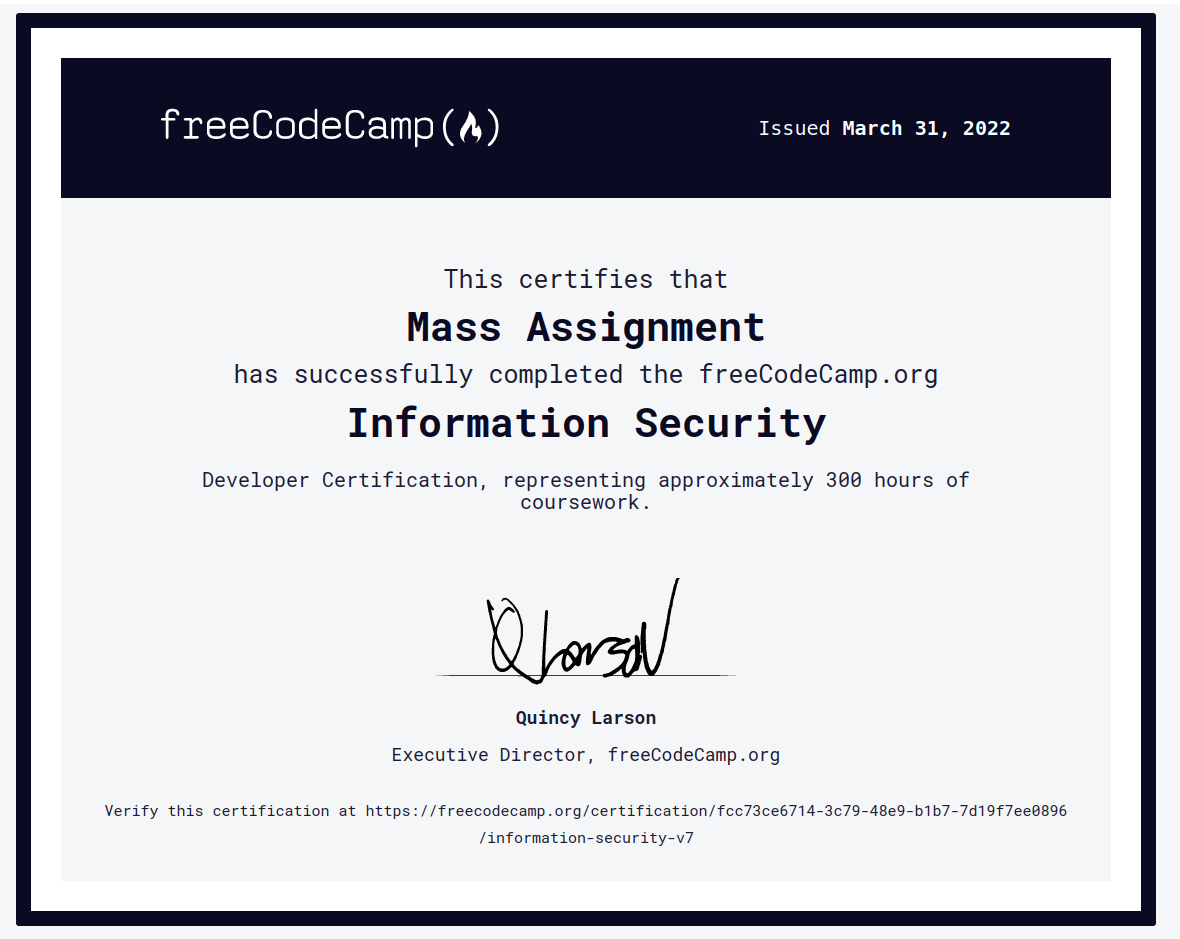 This post discusses the process of searching top GitHub projects for mass assignment vulnerabilities. This led to a fun finding in the #1 most starred GitHub project, freeCodeCamp, where I was able to acquire every coding certification – supposedly representing over 6000 hours of study – in a single request.

With more than 200 million repositories, GitHub is by far the largest code host. While the vast majority of repositories contain boilerplate code, forks, or abandoned side projects, GitHub also hosts some of the most important open source projects. To some extent Linus’s law – “given enough eyeballs, all bugs are shallow” – has been empirically shown on GitHub, as projects with more stars also had more bug fixes. We might therefore expect the top repositories to have a lower number of security vulnerabilities, especially given the incentives to find vulnerabilities such as bug bounties and CVE fame.

Undeterred by Linus’s law, I wanted to see how quickly I could find a vulnerability in a popular GitHub project. The normal approach would be to dig into the code of an individual project, and learn the specific conventions and security assumptions behind it. Combine with a strong understanding of a particular vulnerability class, such as Java deserialization, and use of code analysis tools to map the attack surface, and we have the ingredients to find fantastic exploits which everyone else missed such as Alvaro Munoz’s attacks on Apache Dubbo.