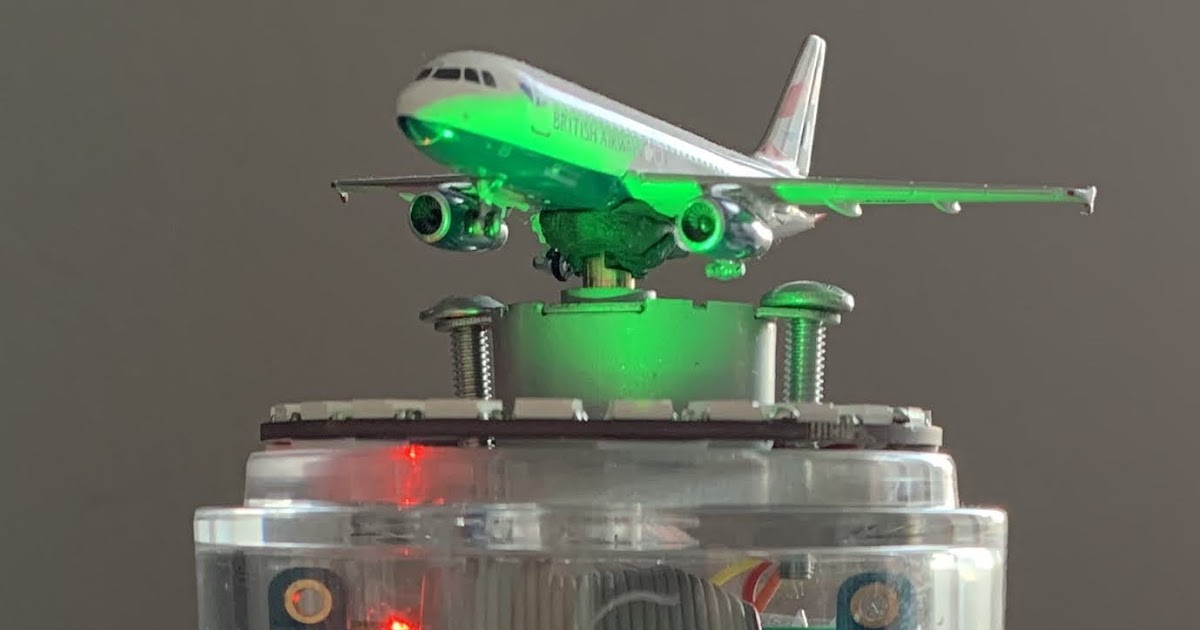 Here in Lisbon it's common to see aircraft because the main airport is in the city rather than being on the outskirts. And for a long time I used FlightRadar24 to answer the question "where did that aircraft come from or where is it going to?"

But I really like ambient devices such as my Totoro that gives the weather forecast or bus that shows when the next bus arrives. So, it was time to use a few things I had lying around and make a desktop ambient aircraft monitor that looks like this:

This uses a Raspberry Pi Model 3, PiTFT 3.5" touch screen (which is kind of wasted because I don't use the touch functionality), a 24 LED NeoPixel ring, 28BYJ-48 stepper motor, and the ULN2003 driver, and a small model aircraft. It's all contained in an acrylic pot that I got from Muji.

The code can be found here. It's written for Python 3 and you'll need to sign up for the ADSB Exchange API and get an API key and configure it in planes_config.py. While you're in that file also set your latitude and longitude.