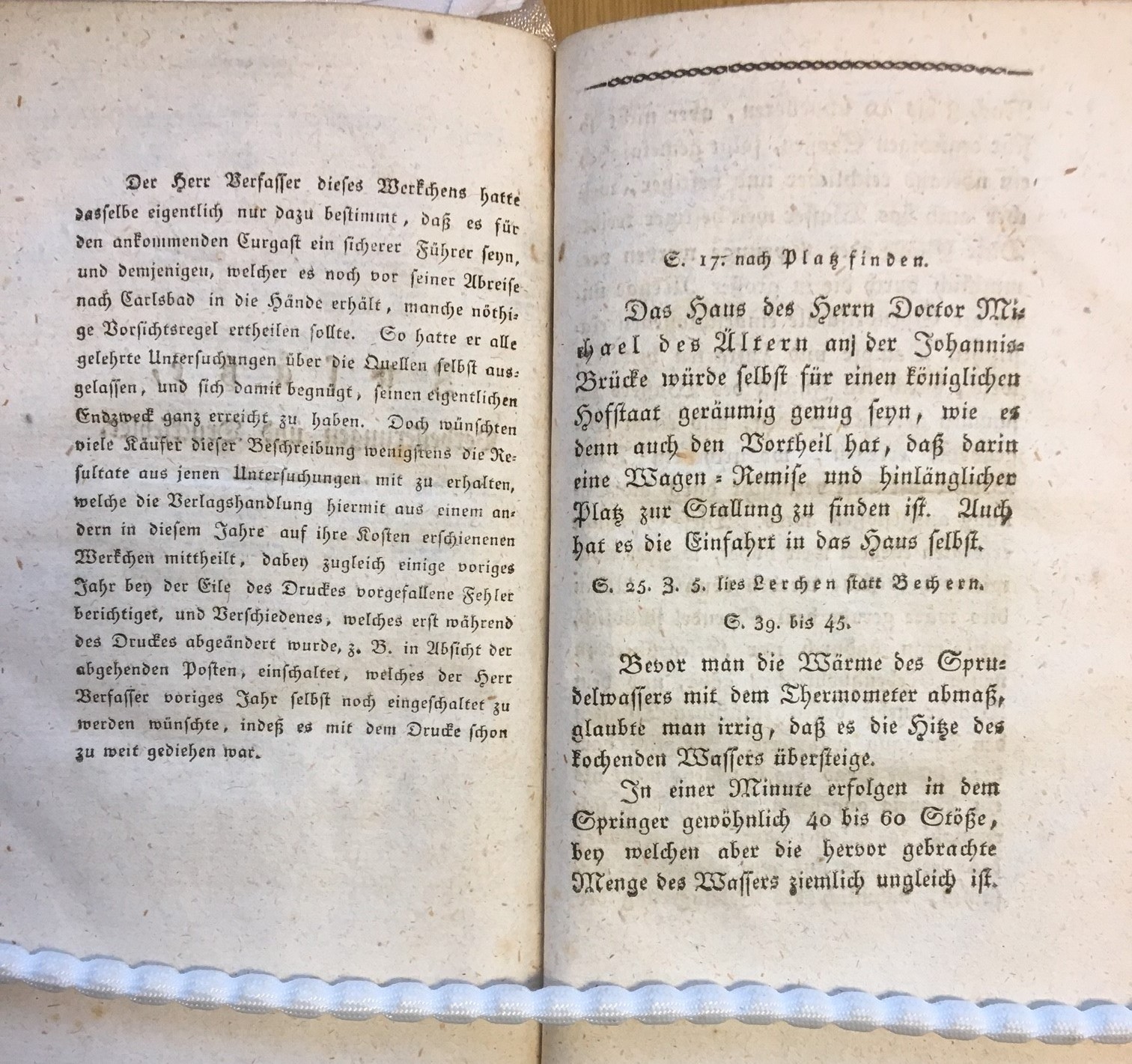 A while ago I was alerted by a colleague to a German item in our collections that appeared to have no catalogue record. It was bound with a list of books censored by the Austrian Empire in the late 18th century, so when I ordered the volume up, I assumed that the uncatalogued item would be something similar, perhaps even a continuation of the previous list.

However, when it arrived, it was obvious that, although only a fragment of a larger work, it was not at all similar, let alone related, to the other work in the volume. It began with a half-title page bearing the title ‘Zusätze, Verbesserungen und Druckfehler’ (‘Additions, improvements and printing errors’), so it was obviously an appendix to a larger work, and from the first two pages of text it was clear that the larger work was a guide to a spa town.

Since the town was not named anywhere in the few pages of text, it might have been impossible to identify the place and therefore the book. However, a long-ago cataloguer had obviously had a better knowledge of spa culture than I did as there was a pencil note reading ‘K Carlsbad’. The letter K was used in the British Museum Library to indicate that an item had been catalogued, and the word after it denoted the heading used for it in the catalogue. So this was presumably a guide to the famous spa at what was then known as Karlsbad (anglicised as Carlsbad), and is today Karlovy Vary in the Czech Republic. From the look of the typeface and the style of writing – and based on the date of the other item in the volume – it seemed likely that it dated from the late 18th or early 19th century.