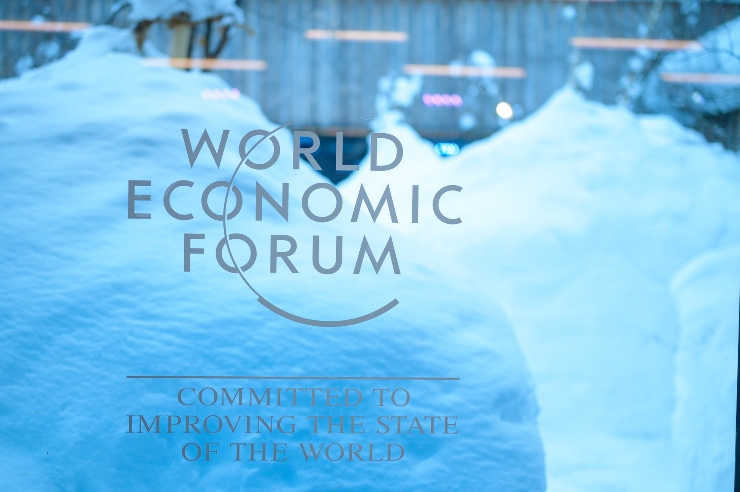 Who is ‘Davos Man’ today?

For decades, the World Economic Forum’s annual meeting in Davos, Switzerland, has attracted a lot of criticism and the idea of a “Davos Man”, rich, alienated, detached from his national roots, and full of empty talk, became a popular trope. However, Shawn Pope and Patricia Bromley analysed all of the organisation’s press releases for the past eight years and found that Davos Man has changed. The WEF can now count on “Davos Woman” and uses fewer words related to growth and development, and more related to social inclusion and the environment.

For the first time in two years, the World Economic Forum is holding its annual meeting in Davos, Switzerland, a posh ski resort where traditionally 3,000 heads of state, CEOs, celebrities, and other notable figures congregate to discuss the issues of the day. This year, likely because the meeting is being held in May rather than January, an estimated 2,000 participants will attend. As might be expected from its swanky location and elite attendees, the world’s most famous megaconference attracts a lot of criticism. An embodiment of the main barbs of this criticism is “Davos Man” – a stereotype that has persisted from the early 2000s of a transnational elitist who is, in the end, an empty talker. But does this stereotype still fit the participants of the World Economic Forum? To find out, we systematically analysed all of that organisation’s press releases, which have been published at a steady rate of nearly one every two days for the past eight years. These releases cover the main themes and happenings at Davos Man’s annual conference, as well as follow-on events. Here’s what we found.

When “Davos Man” was popularised in 2004 by political scientist Samuel Huntington, the world was rapidly globalising. In tune with the zeitgeist, Davos Man was a globalist – someone with “little need for national loyalty,” who “viewed national boundaries as obstacles that thankfully are vanishing.” Yet in recent years Davos Man’s horizons have remained fixed. Within WEF press releases, mentions of “global,” “international,” and “world” have stagnated (Chart 1). Meanwhile, “growth” and “economic development” have fallen by half (Chart 2). Headlines are less common, for example, that Africa’s Growth Story Is Only Beginning (2016) and Trade Is Best Tool to Fight Poverty and Promote Growth (2017). A growing theme, rather, is Earth’s finitude and fragility, and the opportunities and challenges that this poses. Mentions of “pollution,” “nature,” and similar words have grown four-fold. Press releases now proclaim, for instance, that Global Carbon Pricing Can Reduce Emissions and Pay For Itself (2021) and Financing Options Are Key to Africa’s Transition to Sustainable Energy (2021).