Sign up for CNN’s Wonder Theory science newsletter. Explore the universe with news on fascinating discoveries, scientific advancements and more.

In a landmark first, scientists have grown plants in lunar soil using samples collected during the Apollo missions to the moon. This is the first time plants have been sprouted and grown on Earth in soil from another celestial body.

The study could lay the foundation for growing plants that supply oxygen and food on the moon, a timely consideration as NASA’s Artemis program looks to land the first woman and the first person of color at the lunar south pole later this decade.

But the experiments also reveal just how stressful it is for plants to grow in lunar regolith, or soil, which is wildly different from natural habitats on Earth.

Different types of plants, including food crops, have flown on the space shuttle and the International Space Station. Plant samples have even been used to prove that lunar samples aren’t harmful to life on Earth. 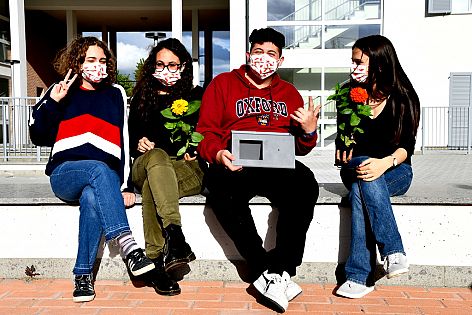