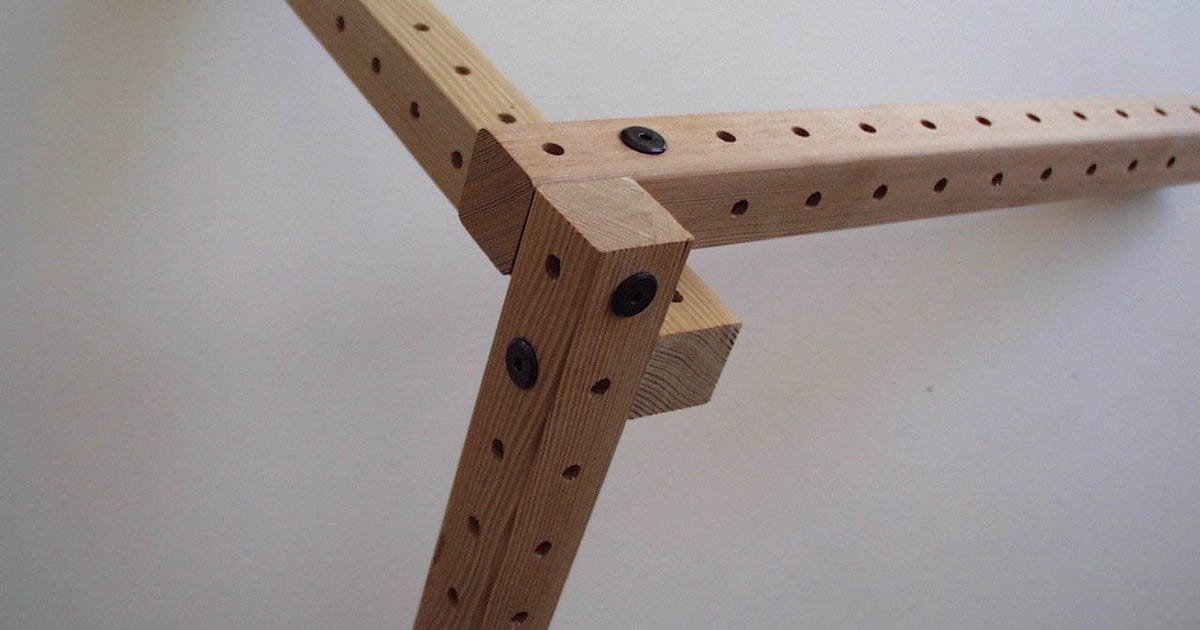 This year at the San Francisco Bay Area Maker Faire, trying to juggle my own interests (talk to cool people) and my 5-year-old son's (build or break stuff), we both hit paydirt at the same time when we stumbled across the Grid Beam exhibit.

My kid spent 45 minutes in the hot sun inventing and screwing together a life-size car-like contraption, and I got to dive into the minutiae of the product with its creators, Phil and Richard Jergenson.

Grid Beam is Erector Set meets IKEA. The hardware is standard 2x2 wood beams with holes drilled through every 1 1/2 inches (which is the actual width of a 2x2 beam), and standard furniture bolts that will be familiar to anyone who's ever assembled a futon frame. With these base materials, users can tinker in three dimensions, at human scale, and end up with constructions that are naturally square and true, and strong enough to support real-world people. Unlike Lego, Grid Beam inventions don't shatter when you step on them.

The Grid Beam design is not new. The Jergenson brothers have been working with grid beams since the late 1970s, when Phil says he found the beginnings of the concept in a book by Ken Isaacs, "How to Build Your Own Living Structures." "I instantly realized that it needs more holes," he said. He tinkered with the design of a new, modular building system. It was called box beam initially, changed to grid beam in 1998.