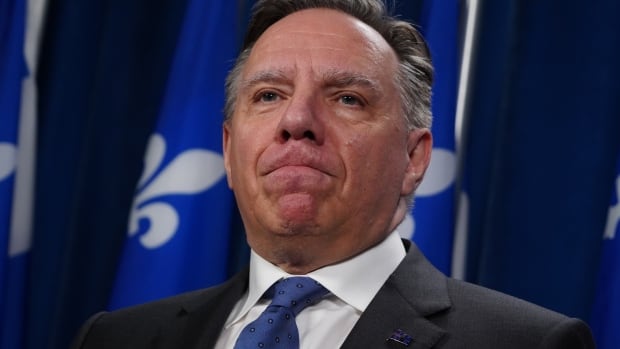 Quebec's premier has declined an invitation to take part in an English-language debate in the lead-up to the next provincial election this fall.

"We have declined invitations for two debates, including one in English," said Ewan Sauves, the spokesperson for François Legault.

In a tweet, Paul St-Pierre Plamondon, the party's leader, said "the official and common language of Quebec is French."

In 2018, Legault and several other party leaders took part in a televised, debate in English ahead of that year's election — a first in Quebec's history.

This year, the English media consortium also sent invites to the Quebec Liberal Party, Québec Solidaire, the Parti Québécois and the Conservative Party of Quebec.

All five parties were asked to take part in a live 90-minute debate on Sept. 20 at the Nouvelle Maison Radio-Canada in downtown Montreal.