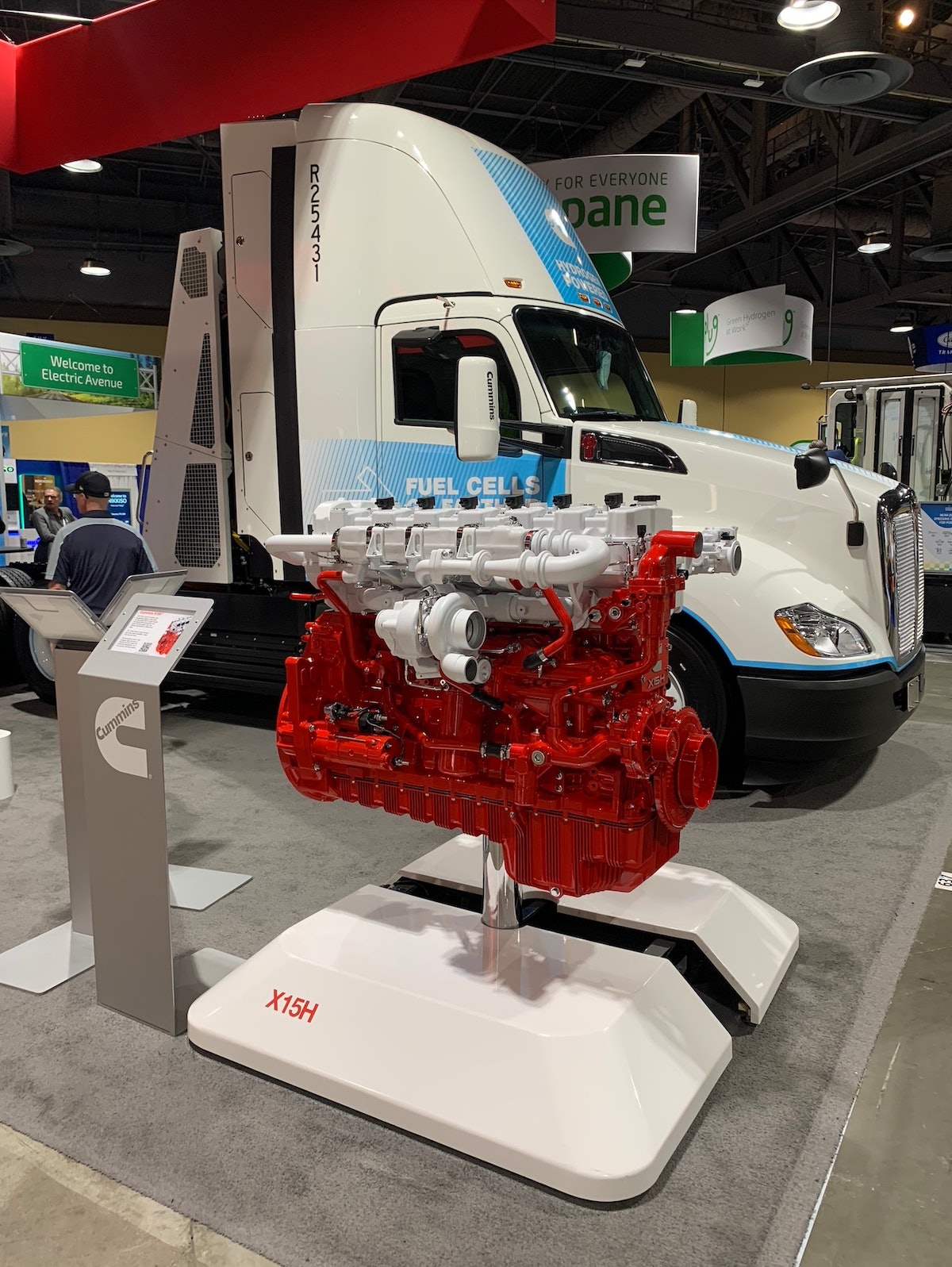 Debuting a hydrogen engine is one thing. Having the fuel infrastructure in place to support it is another. Cummins is feeling bullish about both.

The 15-liter engine and a smaller 6.7-liter version are both part of Cummins’ new fuel agnostic platform where each fuel type’s engine has largely similar components below the head gasket. The components above the head gasket will dictate fuel use during Cummins’ roughly 30-year journey to zero emissions which will also include propane and gasoline variants.

But it’s the clean hydrogen-burning 15-liter that got the spotlight recently at the Advanced Clean Transportation Expo in Long Beach, Calif. where Cummins introduced the heavy-duty workhorse that offers power comparable to a diesel while running on the most abundant element in the universe which, ironically enough, is in very short supply at America’s fueling stations.