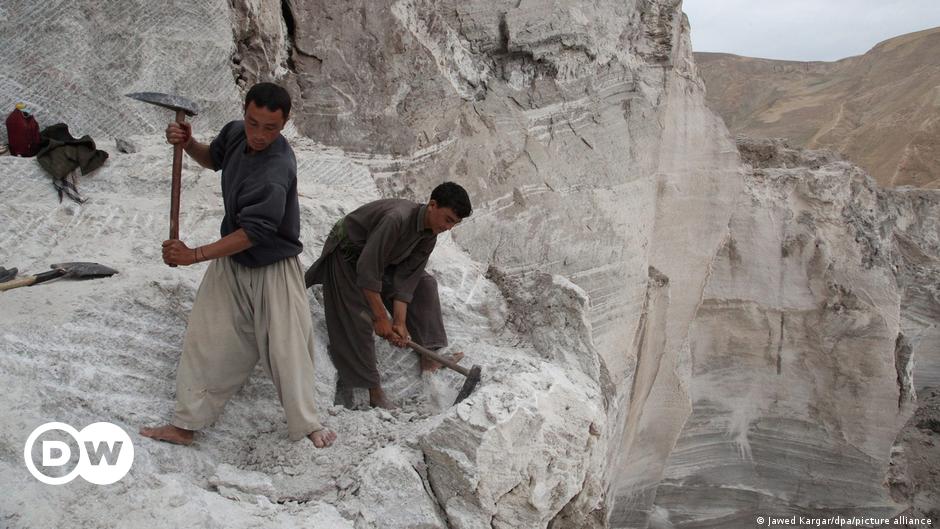 To date, the Taliban have profited from the opium and heroin trade. Now the militant group effectively rules a country with valuable resources that China needs to grow its economy.

The Taliban have been handed a huge financial and geopolitical edge in relations with the world's biggest powers as the militant group seizes control of Afghanistan for a second time.

In 2010, a report by US military experts and geologists estimated that Afghanistan, one of the world's poorest countries, was sitting on nearly $1 trillion (€850 billion) in mineral wealth, thanks to huge iron, copper, lithium, cobalt and rare-earth deposits.

In the subsequent decade, most of those resources remained untouched due to ongoing violence in the country. Meanwhile, the value of many of those minerals has skyrocketed, sparked by the global transition to green energy. A follow-up report by the Afghan government in 2017 estimated that Kabul's new mineral wealth may be as high as $3 trillion, including fossil fuels.

Lithium, which is used in batteries for electric cars, smartphones and laptops, is facing unprecedented demand, with annual growth of 20% compared to just 5-6% a few years ago. The Pentagon memo called Afghanistan the Saudi Arabia of lithium and projected that the country's lithium deposits could equal Bolivia's — one of the world's largest.