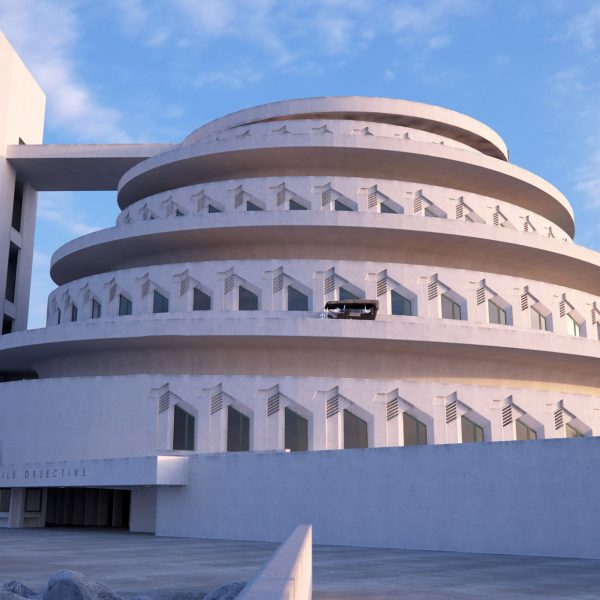 Spanish architect David Romero has released a set of renderings that depict unbuilt projects by American architect Frank Lloyd Wright, including a mile-high skyscraper and the floating cabins of Lake Tahoe Summer Colony.

The images include a selection of Wright's unbuilt work, gleaned from drawings created by the renowned architect over his 70-year career.

Working with plans for unbuilt projects and photographs of demolished ones, David Romero created colourful visualisations of the interiors and exteriors of Wright's work.

Wright was one of the most famous architects of the 20th century and an early proponent of modernism in the United States. His legacy and plans for a variety of structures including residential and civic buildings are maintained by the Frank Lloyd Wright foundation.

Romero accessed to the plans and used modelling software like AutoCAD to render the images, which he then filled in with details in 3dsMAX.