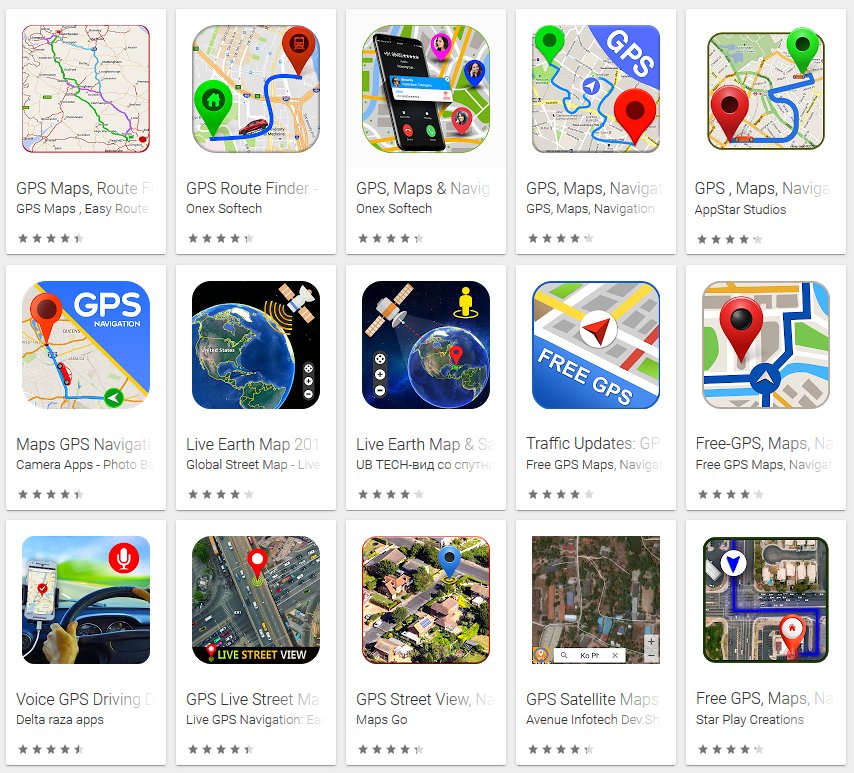 Many navigation apps found on Google Play Store are found to be a scam. These apps with collective downloads of 50 million are using Google maps for navigation purposes pretending as their own maps and running adds on it. A researcher named Lukas Stefanko, at ESET, discovered these fake apps. He stated that these apps only use Google maps and display ads on it. This is an obvious violation of Google rules. According to Stefanko, only modification done in these maps is a small addition, i.e. displaying of ads on Google Maps. It is a way of making money by embedding ads. Some of them even ask for payments to remove the ads shown. Whereas Google Maps app is totally free and do not contain any ads. Moreover, some of these apps request for access to the things that have nothing to do with a navigation app, such as to the phone’s dialer. This could be an alarming situation, putting Android users at the security risk. Google has prohibited the redistribution of its app in any way, without permission. Stefanko has therefore reported to Google about this violation of rules. In result to which some of the apps have been taken down from the Play Store while a few are still available. Related: These Google Play Apps Are Secretly Recording Your Personal and Financial Data (Beware Android Smartphone Users) Strict measures have been taken by the Google Play Store to make sure such malicious or fake apps does not go on the apps store. A system also has been created using Machine learning and human intelligence to check the fake rating and reviews of the apps on Google Play Store. To keep your Android devices free from any security risk, it is preferred not to install apps of unknown creators. Only Google, Apple and a few other companies have the resources to create navigation apps. The rest are questionable to great extent. Read Next: British-dad eases the apprehension of many parents by creating an app that forces kids to reply ASAP