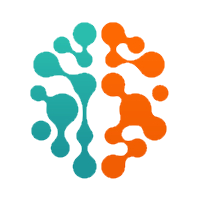 D is both a garbage-collected programming language and an efficient raw memory access language. Modern high-level languages like D are memory safe, preventing users from accidently reading or writing to unused memory or breaking the type system of the language.

As a systems programming language, not all of D can give such guarantees, but it does have a memory-safe subset that uses the garbage collector to take care of memory management much like Java, C#, or Go. A D codebase, even in a systems programming project, should aim to remain within that memory-safe subset where practical. D provides the @safe function attribute to verify that a function uses only memory-safe features of the language. For instance, try this.

The compiler will refuse to compile this code. There’s no way to know what will result from the three-character slice of cString, which could be referring to an empty string (i.e., cString[0] is \0), a string with a length of 1, or even one or two characters without the terminating NUL. The result in those cases would be a memory violation.

Note that I said above that even a low-level systems programming project should use @safe where practical. How is that possible, given that such projects sometimes cannot use the garbage collector, a major tool used in D to guarantee memory safety?