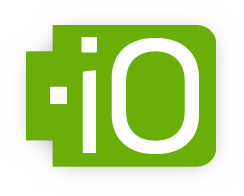 The .io domain was delegated by the Internet Assigned Numbers Authority to British entrepreneur Paul Kane in 1997 together with the ccTLDs .ac (Ascension Island), .sh (St Helena), and .tm (Turkmenistan). Kane operated them for private benefit under the trade name "Internet Computer Bureau" from 1997 until 2017.[5] In 2014, Kane claimed that "profits are distributed to the authorities for them to operate services as they see fit" and that "Each of the overseas territories has an account and the funds are deposited there because obviously the territories have expenses that they incur and it’s offsetting that." However the UK government has repeatedly stated that this is untrue: “There is no agreement between the UK Government and ICB regarding the administration of the .io domain” and "the Government receives no revenues from the sales or administration of this domain."[6][7]