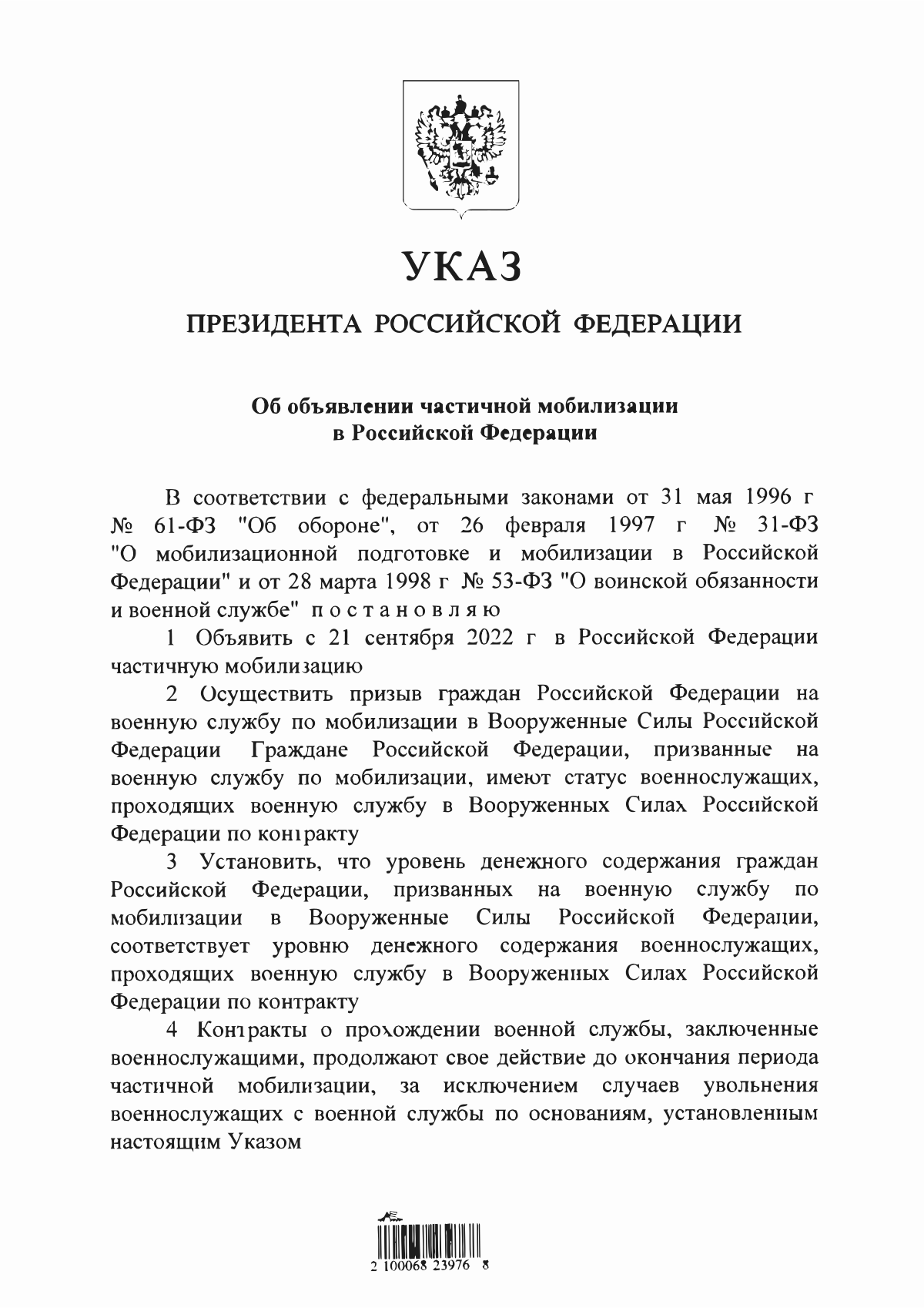 On 21 September 2022, a partial mobilization in Russia was announced by President Vladimir Putin during the Russian invasion of Ukraine, with the signing of the corresponding decree No. 647. The decision was made shortly after the successful Ukrainian counteroffensive in Kharkiv Oblast and a day after the announcement of referendums on the accession of the DPR, LPR, Kherson and Zaporizhzhia Oblasts.[2][3]

In his speech, Putin said the partial mobilization was suggested to him by the Ministry of Defense and General Staff of the Armed Forces. Defense Minister Sergei Shoigu announced that Russia has a "huge mobilization reserve" and plans to mobilize 300,000 in reserve.[4] Mobilization activities technically began immediately.[5]

With the announcement of mobilization, Putin escalated Russia's military efforts in the war with Ukraine. Despite the mass retreat of Russian troops from central and eastern Kharkiv Oblast, Putin maintained in his address that Russia's goals in Ukraine had not changed. Putin's speech was pre-recorded (as was the one broadcast hours prior to the invasion) and aired at 10:00 Moscow Time (UTC+3), so that all regions of Russia were notified simultaneously. The speech followed the State Duma's amendments to the Criminal Code regarding, among others, a penalty of up to 10 years in prison for "military desertion".[6] Putin accused the United States and Europe of "nuclear blackmail" against the Russian Federation and recalled the presence of their own weapons. Putin reaffirmed his support for hastily announced referendums paving the way for the occupied Ukrainian territories to be declared part of Russia, using the call for referendums to justify the need for mobilization.[6]