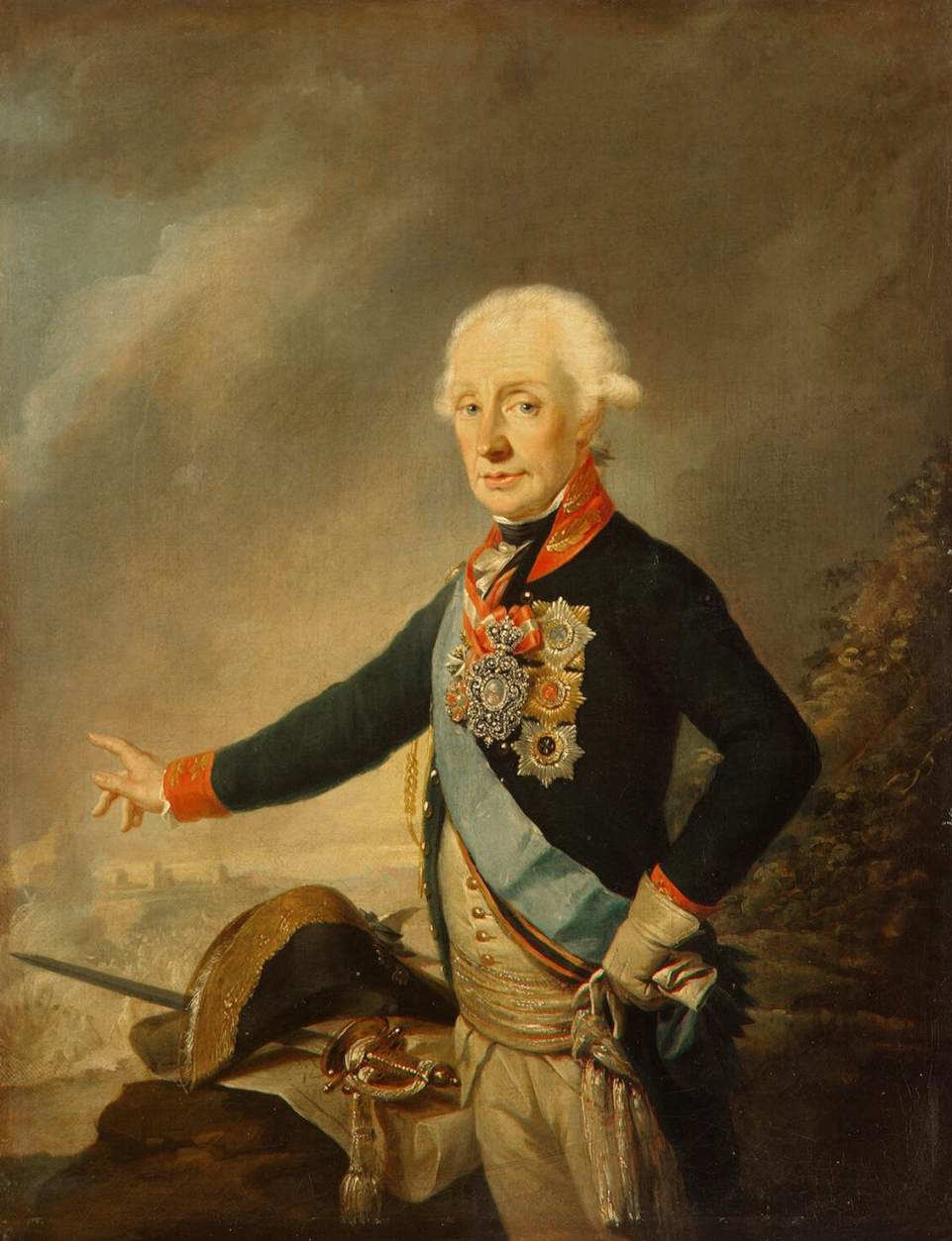 Alexander Vasilyevich Suvorov (Russian: Алекса́ндр Васи́льевич Суво́ров , tr. Aleksándr Vasíl'yevich Suvórov , IPA: [ɐlʲɪkˈsandr vɐˈsʲilʲjɪvʲɪtɕ sʊˈvorəf] ; 24 November [O.S. 13 November] 1729 or 1730 – 18 May [O.S. 6 May] 1800) was a Russian general in service of the Russian Empire. He was Count of Rymnik, Count of the Holy Roman Empire, Prince of the Kingdom of Sardinia, Prince of the Russian Empire and the last Generalissimo of the Russian Empire. Suvorov is considered one of the greatest military commanders in Russian history and one of the great generals of the early modern period.[1] He was awarded numerous medals, titles, and honors by Russia, as well as by other countries. Suvorov secured Russia's expanded borders and renewed military prestige and left a legacy of theories on warfare. He was the author of several military manuals, the most famous being The Science of Victory, and was noted for several of his sayings. He never lost a single battle he commanded.[2][3] Several military academies, monuments, villages, museums, and orders in Russia are dedicated to him.

Born in Moscow, he studied military history as a young boy and joined the Imperial Russian Army at the age of 17. During the Seven Years' War he was promoted to colonel in 1762 for his success on the battlefield. When war broke out with the Bar Confederation in 1768, Suvorov captured Kraków and defeated the Poles at Lanckorona and Stołowicze, bringing about the start of the Partitions of Poland. He was promoted to general and next fought in the Russo-Turkish War of 1768–1774, winning a decisive victory at the Battle of Kozludzha. Becoming the General of the Infantry in 1786, he commanded in the Russo-Turkish War of 1787–1792 and won crushing victories at the Battle of Rymnik and Siege of Izmail.