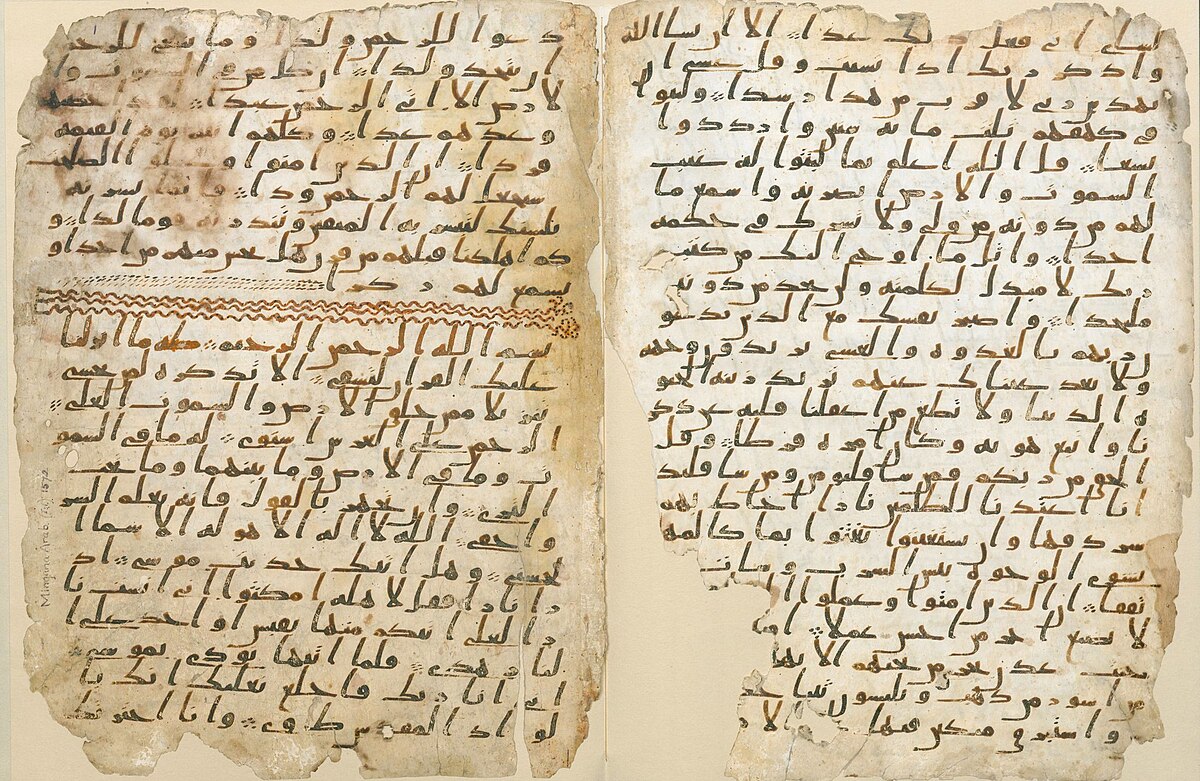 The Birmingham Quran manuscript is a parchment on which two leaves of an early Quranic manuscript are written. In 2015 the manuscript, which is held by the University of Birmingham,[1] was radiocarbon dated to between 568 and 645 CE (in the Islamic calendar, between 56 BH and 25 AH).[2][3] It is part of the Mingana Collection of Middle Eastern manuscripts, held by the university's Cadbury Research Library.[2]

The manuscript is written in ink on parchment, using an Arabic Hijazi script and is still clearly legible.[3] The leaves preserve parts of Surahs 18 (Al-Kahf) to 20 (Taha).[4] It was on display at the University of Birmingham in 2015 and then at Birmingham Museum and Art Gallery until 5 August 2016.[5] The Cadbury Research Library has carried out multispectral analysis of the manuscript and XRF analysis of the inks.[6]

The Mingana Collection, comprising over 3,000 documents, was compiled[how? ] by Alphonse Mingana in the 1920s[3] and was funded by Edward Cadbury, a philanthropist and businessman of the Birmingham-based chocolate-making Cadbury family.[2]