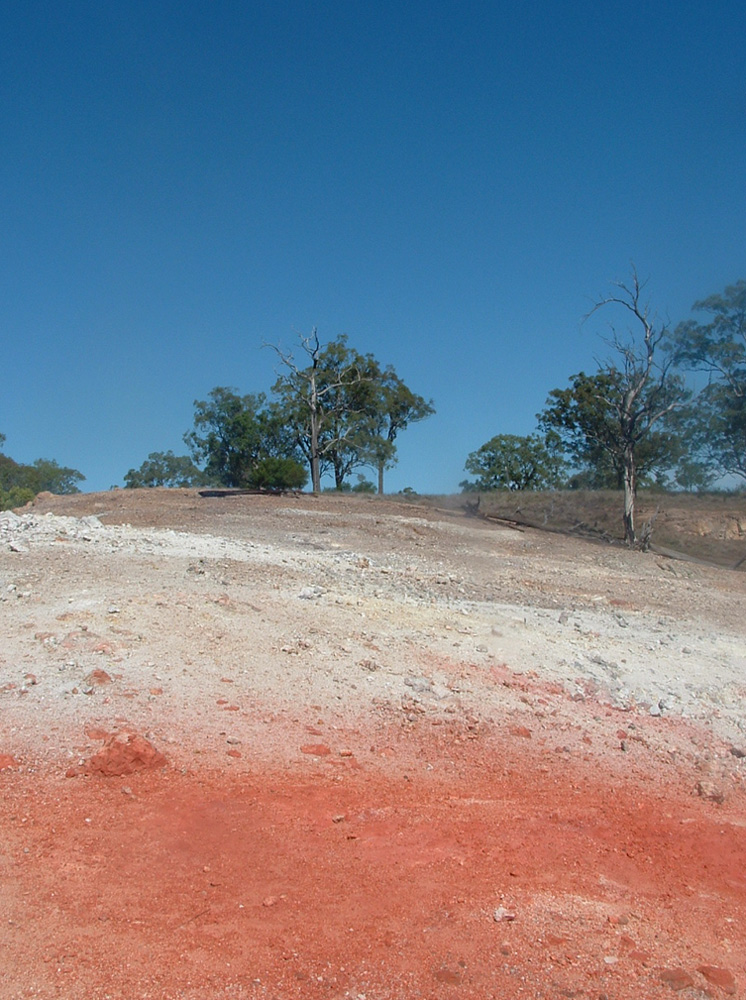 Burning Mountain, the common name for Mount Wingen, is a hill near Wingen, New South Wales, Australia, approximately 224 km (139 mi) north of Sydney just off the New England Highway.[2] It takes its name from a smouldering coal seam running underground through the sandstone. Burning Mountain is contained within the Burning Mountain Nature Reserve, which is administered by the NSW National Parks and Wildlife Service (NPWS).[3][4]

The Leyland brothers reported on Mount Wingen in the first episode of their travel programme, Ask The Leyland Brothers:[need quotation to verify ]

The Aborigines named the mountain Wingen, which means 'fire'. Their explanation of the origin of the burning mountain was that one day, a tribesman was lighting a fire on the mountainside when he was carried off deep into the earth by The Evil One. Unable to escape, he used his fire stick to set the mountain alight, so that the smoke might warn others to keep away.

The underground fire is estimated to be at a depth of around 30 m (100 ft).[5] It is estimated that the fire has burned for approximately 6,000 years and is the oldest known coal fire.[6]