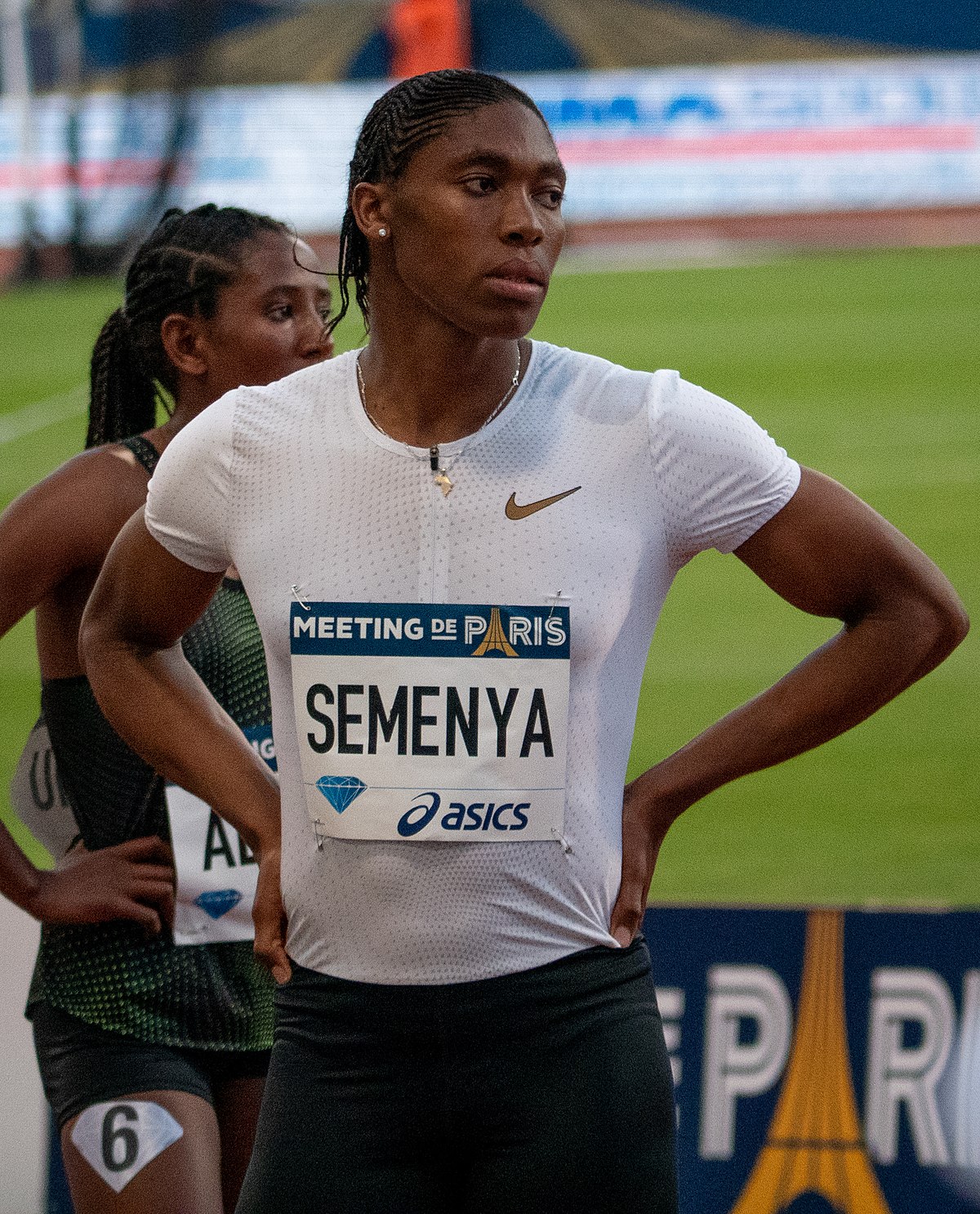 Semenya is an intersex woman,[8] with 5α-Reductase 2 deficiency, assigned female at birth,[9] with XY chromosomes and naturally elevated testosterone levels caused by the presence of internal testes.[10][11][12][13][14] Following her victory at the 2009 World Championships, she was made to undergo sex testing, and cleared to return to competition the following year.[15][16] In 2019, new World Athletics rules came into force preventing women like Semenya from participating in 400m, 800m, and 1500m events in the female classification unless they take medication to suppress their testosterone levels. In 2021, she filed an appeal with the European Court of Human Rights against the restrictions.[17]

Semenya was born in Ga-Masehlong, a village in South Africa near Polokwane (previously called Pietersburg), and grew up in the village of Fairlie, deep in South Africa's northern Limpopo province. She has three sisters and a brother.[18][19] Semenya attended Nthema Secondary School and the University of North West as a sports science student.[20][21] She began running as training for association football.[22]