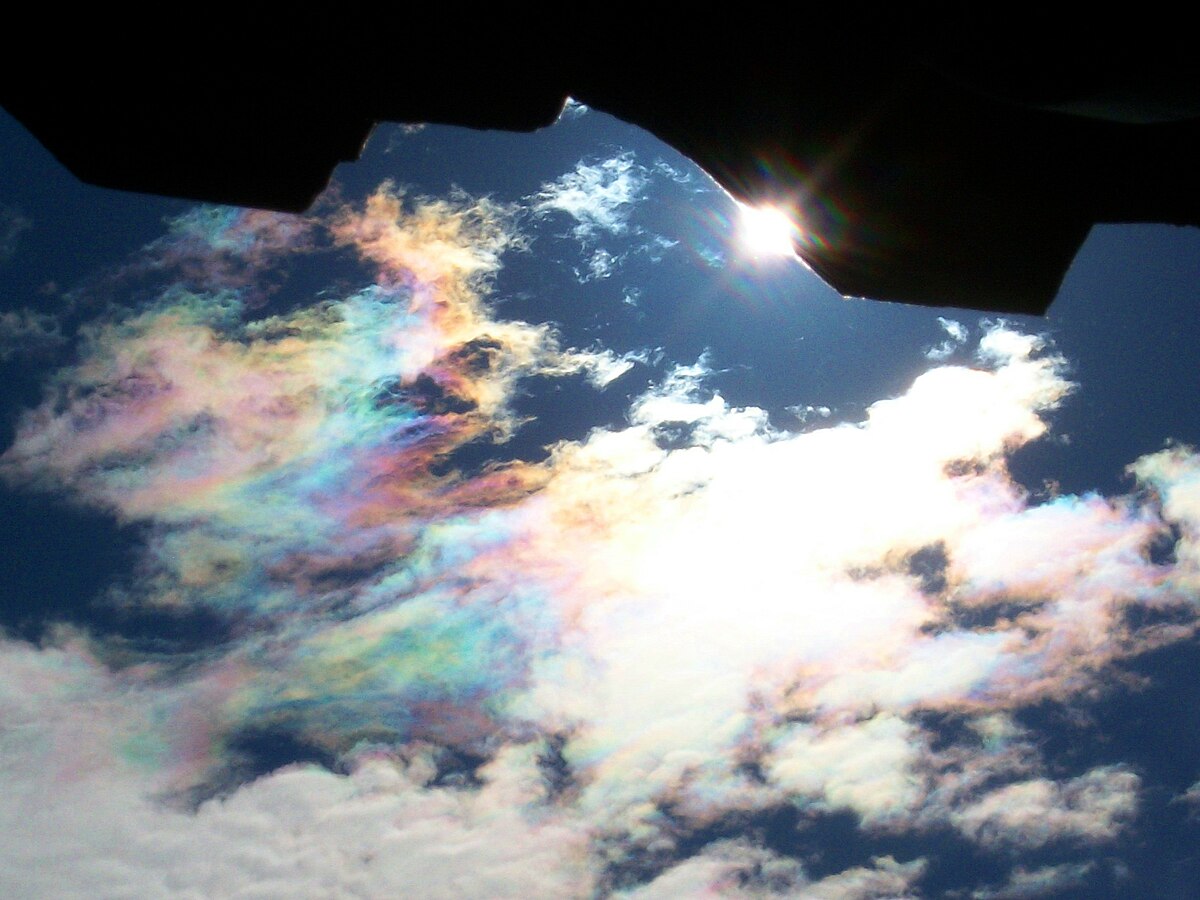 Cloud iridescence or irisation is a colorful optical phenomenon that occurs in a cloud and appears in the general proximity of the Sun or Moon. The colors resemble those seen in soap bubbles and oil on a water surface. It is a type of photometeor. This fairly common phenomenon is most often observed in altocumulus,[1] cirrocumulus, lenticular,[2] and cirrus clouds.[3][4][5] They sometimes appear as bands parallel to the edge of the clouds. Iridescence is also seen in the much rarer polar stratospheric clouds, also called nacreous clouds.[6]

The colors are usually pastel, but can be very vivid or mingled together, sometimes similar to mother-of-pearl.[7] When appearing near the Sun, the effect can be difficult to spot as it is drowned in the Sun's glare. This may be overcome by shielding the sunlight with one's hand or hiding it behind a tree or building. Other aids are dark glasses, or observing the sky reflected in a convex mirror or in a pool of water.

Irisations are named after the Greek goddess Iris, goddess of rainbows and messenger of Zeus and Hera to the mortals below.[8]