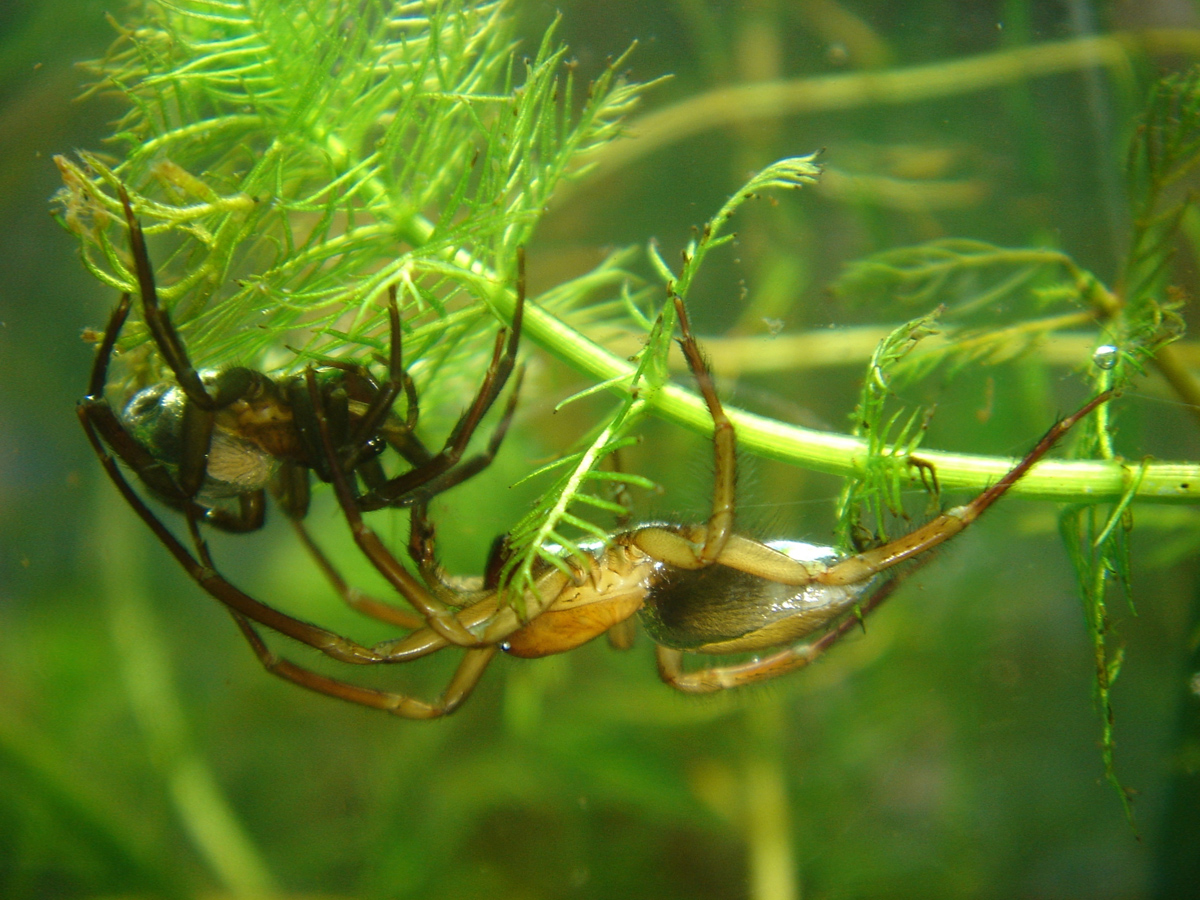 The diving bell spider or water spider (Argyroneta aquatica) is the only species of spider known to live almost entirely under water. It is the only member of the genus Argyroneta.[6] When out of the water, the spider ranges in colour from mid to dark brown, although the hairs on the abdomen give it a dark grey, velvet-like appearance.[7] It is native to freshwater habitats in Europe and Asia.[8]

A. aquatica is the only known species of spider that spends almost all its life underwater, including resting, catching and eating prey, mating, egg laying, and overwintering. It only briefly surfaces to replenish its oxygen supply and occasionally will bring prey to the surface.[9][10][11][12]

There are several other spiders that are semiaquatic, either periodically living underwater or willing to dive. For example, certain Desis species spend the high tide in an air-filled underwater retreat made from silk and forage on land in the intertidal zone during low tide.[10][13][14] Some spiders living in periodically flooded habitats can survive for an extended period of time underwater by entering a coma-like state, up to 16–36 hours in Arctosa fulvolineata.[15] Numerous species, including some Ancylometes, Dolomedes, Megadolomedes, Pardosa, Pirata, Thalassius and others, live above water at the surface, but may actively submerge for a prolonged period of time, are strong swimmers and will catch underwater prey.[9][10][16] Several of these, as well as a few others, may dive into water to avoid larger predators.[9][17] 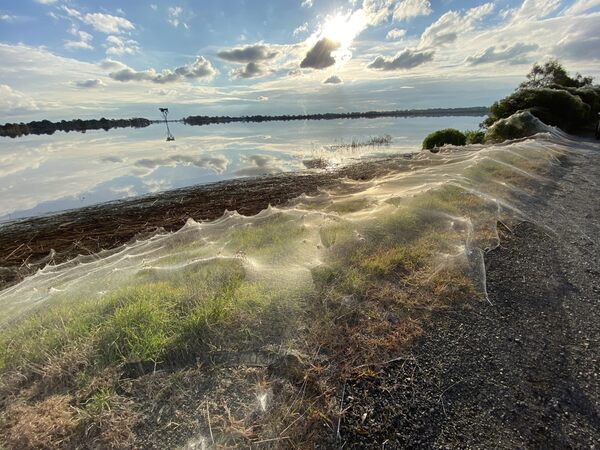 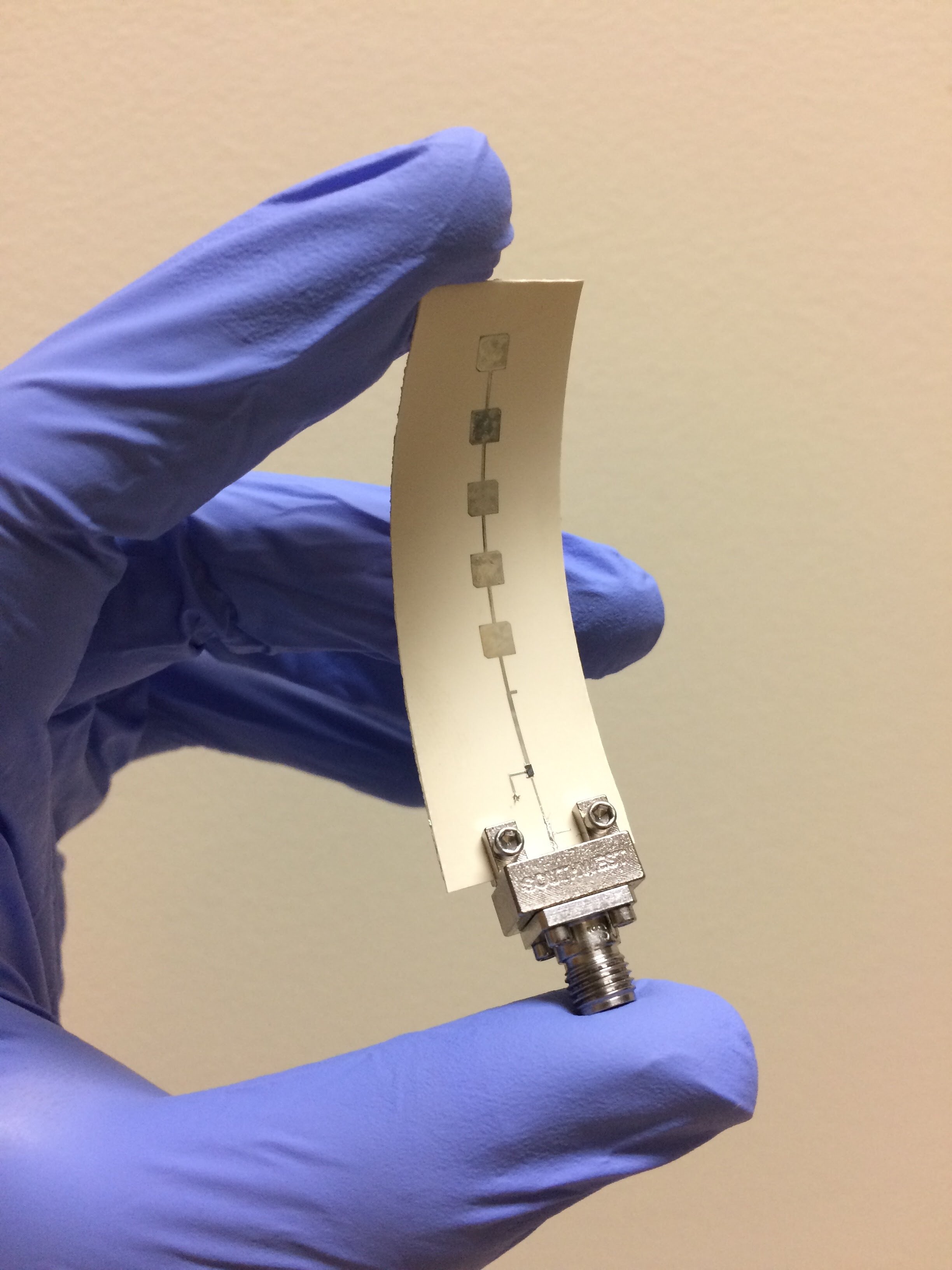