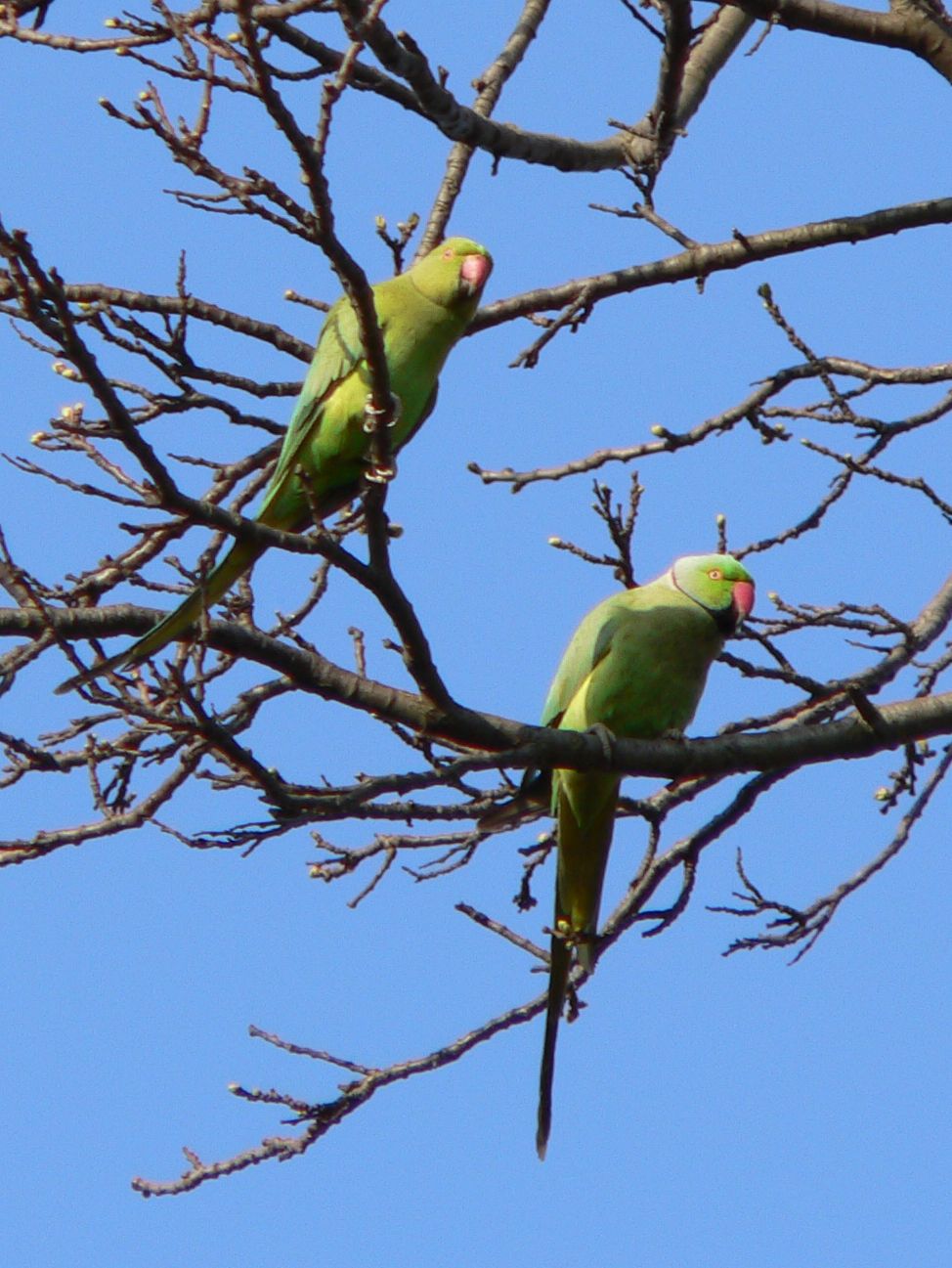 Feral parakeets in Great Britain are wild-living, non-native parakeets that are an introduced species into Great Britain. The population consists of ring-necked parakeets (Psittacula krameri), a non-migratory species of bird native to Africa and the Indian Subcontinent. The origins of these birds are subject to speculation, but they are generally thought to have bred from birds that escaped from captivity.

The British parakeet population is mostly concentrated in suburban areas of London and the Home Counties of South-East England, and for this reason the birds are sometimes known as "Kingston parakeets" or "Twickenham parakeets", after the London suburbs of Kingston upon Thames and Twickenham. The parakeets, which breed rapidly, have since spread beyond these areas, and flocks have been sighted in other parts of Britain. Other separate feral parakeet populations exist in and around other European cities.

How exactly the parakeet population first came to exist and thrive in the wild in England is not known; however, a number of theories abound, most centred around a pair or more of breeding parakeets that escaped or were released from captivity some time in the mid-1990s, consistent with the first widespread photographs of the birds.