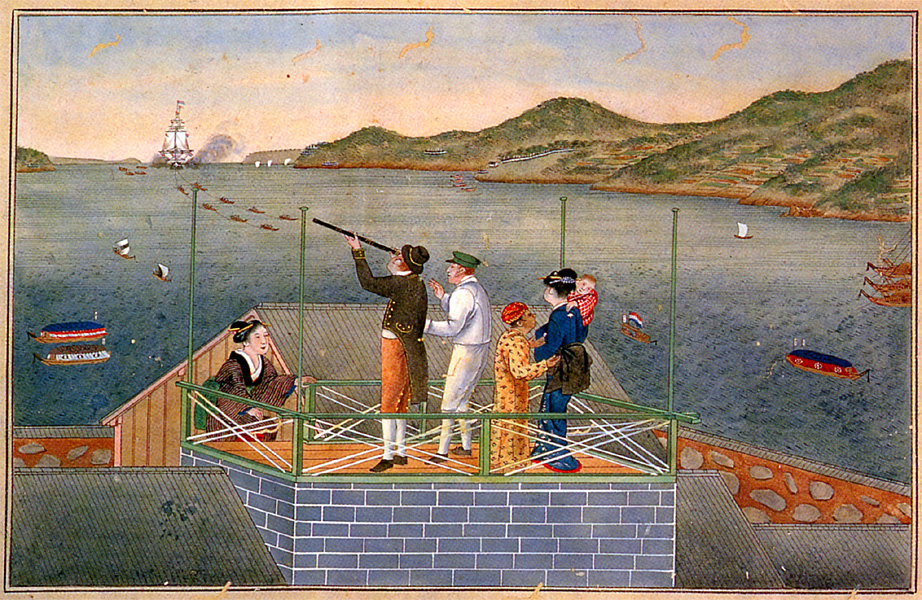 Japanese words of Dutch origin started to develop when the Dutch East India Company initiated trading in Japan from the factory of Hirado in 1609. In 1640, the Dutch were transferred to Dejima, and from then on until 1854 remained the only Westerners allowed access to Japan, during Japan's sakoku seclusion period.

Numerous exchanges occurred, leading to a branch of Western learning in Japan known as rangaku (蘭学), or "Dutch learning", where the ran (蘭 , "Dutch") in rangaku comes from Oranda, the Japanese word for Holland; gaku (学) is of Sino-Japanese origin and means "learning".[1] In the process, a number of terms were adopted from Dutch into the Japanese language. At one point, some 3,000 words are thought to have been used, especially in the areas of technical and scientific vocabulary.[1] About 160 such words of Dutch origin remain in use today in standard Japanese.[1]