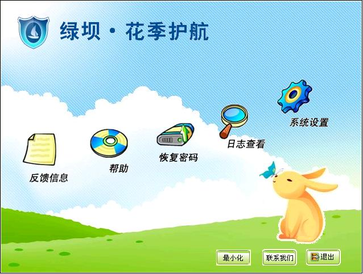 Green Dam Youth Escort (Chinese: 绿坝·花季护航 ; pinyin: Lǜbà·Huājì Hùháng ) is content-control software for Windows developed in the People's Republic of China (PRC) which under a directive from the Ministry of Industry and Information Technology (MIIT) was to take effect on 1 July 2009, as a mandatory pre-install, or have the setup files on an accompanying compact disc, for all new personal computers sold in mainland China, including those imported from abroad. Subsequently, this was changed to be voluntary.[1][2] End-users, however, are not under a mandate to run the software.[3]

As of 30 June 2009, the mandatory pre-installation of the Green Dam software on new computers was delayed to an undetermined date.[4] However, Asian brands Sony, Acer, Asus, BenQ and Lenovo etc. were shipping the software as was originally ordered.[5]

On 14 August 2009, Li Yizhong, minister of industry and information technology, announced that computer manufacturers and retailers were no longer obliged to ship the software with new computers for home or business use, but that schools, internet cafes and other public use computers would still be required to run the software.[6]