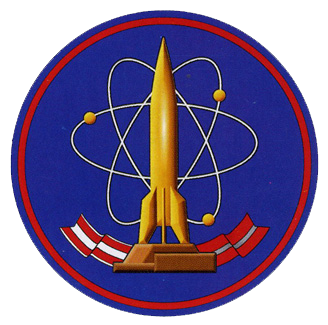 Kapustin Yar (Russian: Капустин Яр ) is a Russian rocket launch and development site in Astrakhan Oblast, about 100 km east of Volgograd. It was established by the Soviet Union on 13 May 1946 and in the beginning used technology, material and scientific support from defeated Germany. Numerous launches of test rockets for the Russian military were carried out at the site, as well as satellite and sounding rocket launches. The town of Znamensk and Kapustin Yar (air base) were built nearby to serve the missile test range.

The nearby village Kapustin Yar was used as operations base in the early days of the testing site. The actual name can be translated as "cabbage ravine".

The 4th Missile Test Range "Kapustin Yar" was established by a decree of the Soviet Government "On Questions of Jet Propelled Weapons" on 13 May 1946. The test range was created under the supervision of General-lieutenant Vasily Voznyuk (commander of the range 1946–1973) in the desert north end of the Astrakhan region. The first rocket was launched from the site on 18 October 1947; it was one of eleven German A-4s that had been captured.

As of 1959, Kapustin Yar was the only publicly known Soviet missile test range. Non-Soviet observers believed at first that Sputnik 1 and Sputnik 2 launched from the site.[2] With the further growth and development, Kapustin Yar became a cosmodrome, serving in this function since 1966. The rate of space launches was very low, usually 1–2 a year and during the Soviet era, it hosted only the two smallest launch vehicles, the R-12 and R-14 derived Kosmos boosters. There were no space launches at all from 1988–1998. The town of Znamensk was established to support the scientists working on the facilities, their families and supporting personnel. Initially, this was a secret city, not shown on maps and requiring official permission to visit.