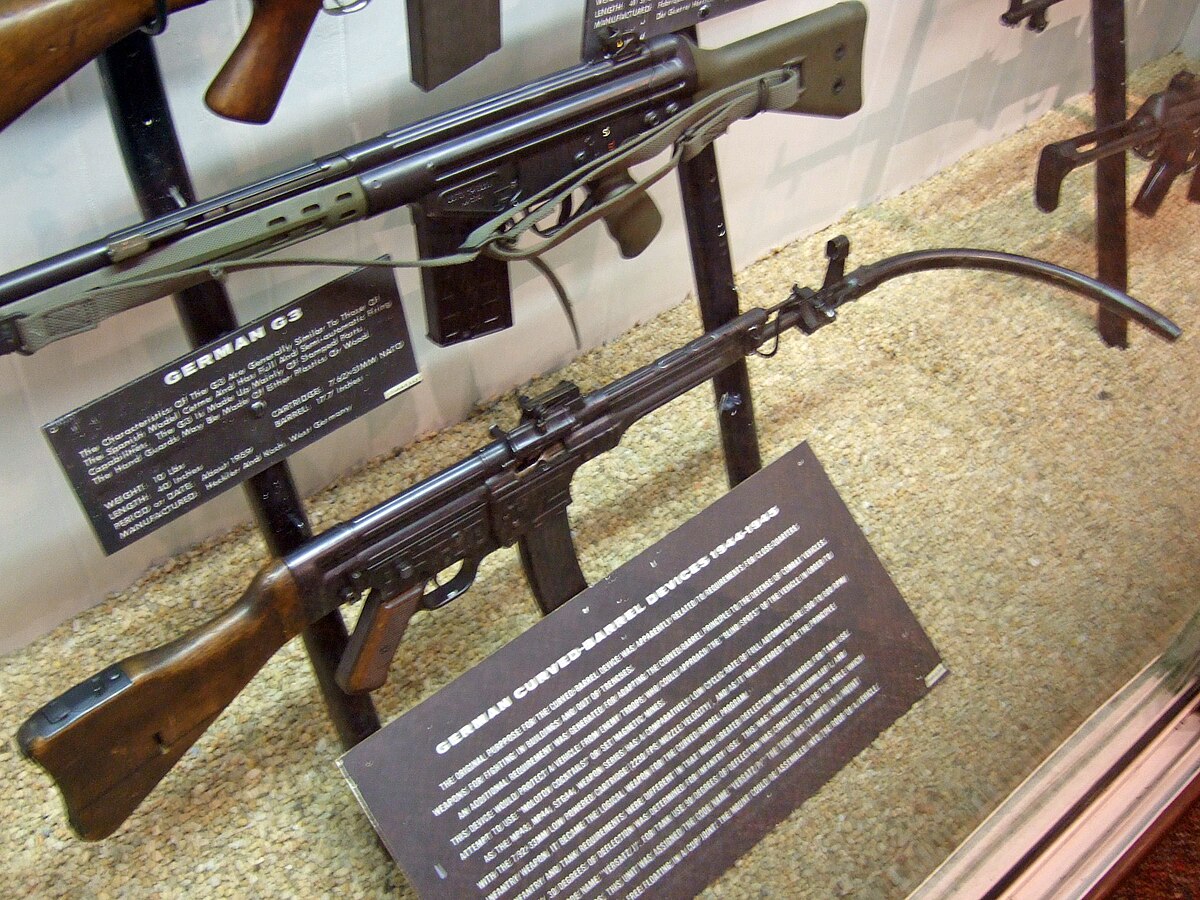 The Krummlauf (English: "curved barrel") is a bent barrel attachment for the Sturmgewehr 44 rifle developed by Germany in World War II. The curved barrel included a periscope sighting device for shooting around corners from a safe position.

The bent barrel attachments had very short lifespans—approximately 300 rounds for the 30° version, and 160 rounds for the 45° variant—as the barrel and bullets fired were put under great stress. Another problem besides the short life-span was that the bending caused the bullets to shatter and exit the barrel in multiple fragments, producing an unintended shotgun effect. As a result, weapons designers experimented with small vent holes drilled into the Krummlauf' s barrel in order to reduce pressure and recoil, allowing the discharged bullets' built-up gases to be released to slow the bullet's velocity as it turned to exit the barrel. Nevertheless, the Krummlauf' s lifespan remained the same. A triangular shield was also added to prevent venting gasses from clouding the mirror and optics.[1]

The Krummlauf in a Maschinenpistole Vorsatz (P) mount was developed as an alternative close defence weapon for tank destroyers. This mount was fitted to a roof hatch in many Panzer IV/70 (A) vehicles. The tank crew could then attach a StG 44 and use this as a close defence machine gun.