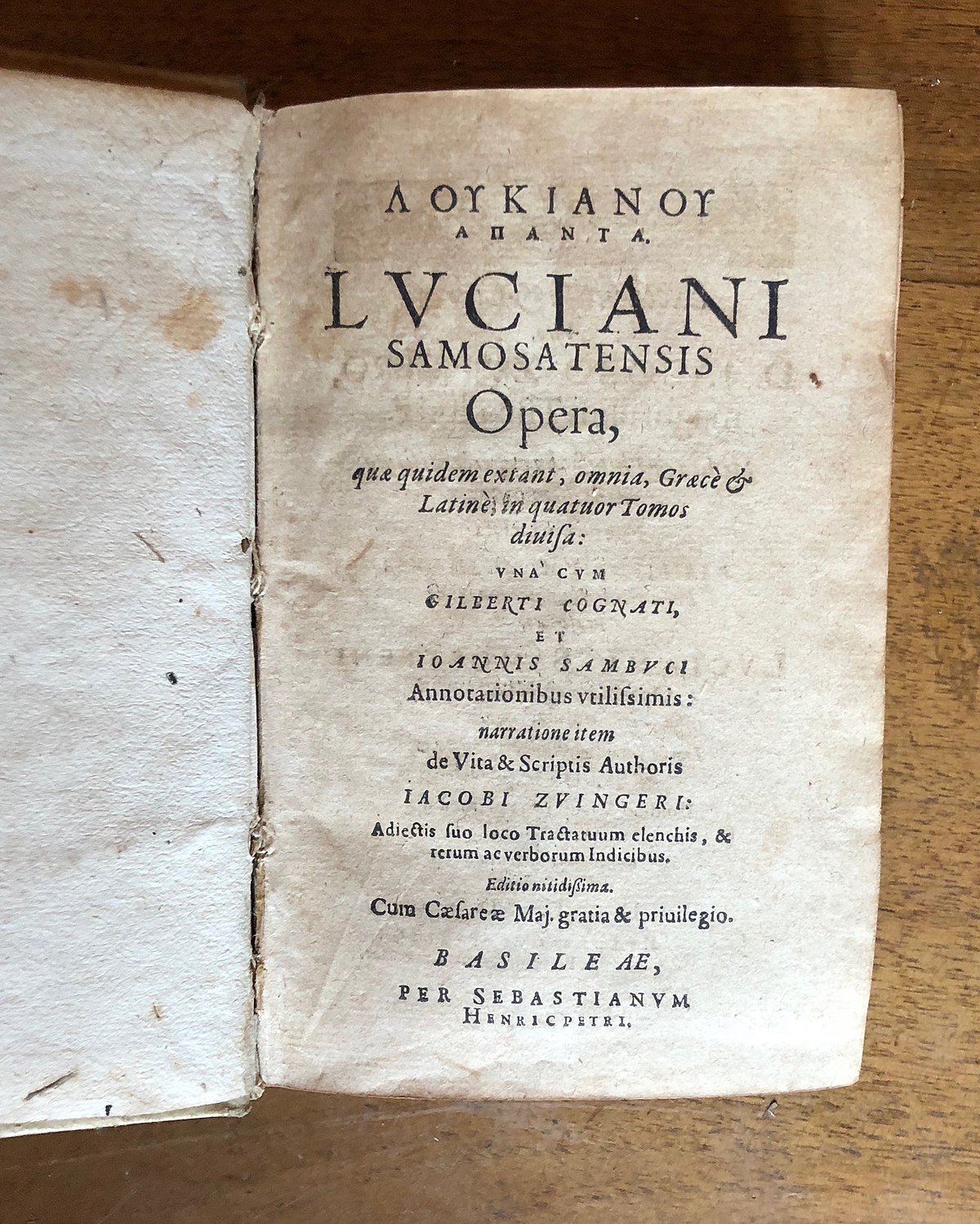 Lucian of Samosata[a] (Ancient Greek: Λουκιανός ό Σαμοσατεύς), (c. 125 – after 180) was an ancient Greek satirist, rhetorician and pamphleteer[1] who is best known for his characteristic tongue-in-cheek style, with which he frequently ridiculed superstition, religious practices, and belief in the paranormal. All of his extant works are written entirely in ancient Greek (mostly in the Attic Greek dialect popular during the Second Sophistic period).

Everything that is known about Lucian's life comes from his own writings,[2] which are often difficult to interpret because of his extensive use of sarcasm. According to his oration The Dream, he was the son of a lower middle class family from the village of Samosata along the banks of the Euphrates in the remote Roman province of Syria. As a young man, he was apprenticed to his uncle to become a sculptor, but, after a failed attempt at sculpting, he ran away to pursue an education in Ionia. He may have become a travelling lecturer and visited universities throughout the Roman Empire. After acquiring fame and wealth through his teaching, Lucian finally settled down in Athens for a decade, during which he wrote most of his extant works. In his fifties, he may have been appointed as a highly paid government official in Egypt, after which point he disappears from the historical record.

Lucian's works were wildly popular in antiquity, and more than eighty writings attributed to him have survived to the present day, a considerably higher quantity than for most other classical writers. His most famous work is A True Story, a tongue-in-cheek satire against authors who tell incredible tales, which is regarded by some as the earliest known work of science fiction. Lucian invented the genre of the comic dialogue, a parody of the traditional Socratic dialogue. His dialogue Lover of Lies makes fun of people who believe in the supernatural and contains the oldest known version of "The Sorcerer's Apprentice". Lucian wrote numerous satires making fun of traditional stories about the gods including The Dialogues of the Gods, Icaromenippus, Zeus Rants, Zeus Catechized, and The Parliament of the Gods. His Dialogues of the Dead focuses on the Cynic philosophers Diogenes and Menippus. Philosophies for Sale and The Banquet or Lapiths make fun of various philosophical schools, and The Fisherman or the Dead Come to Life is a defense of this mockery.