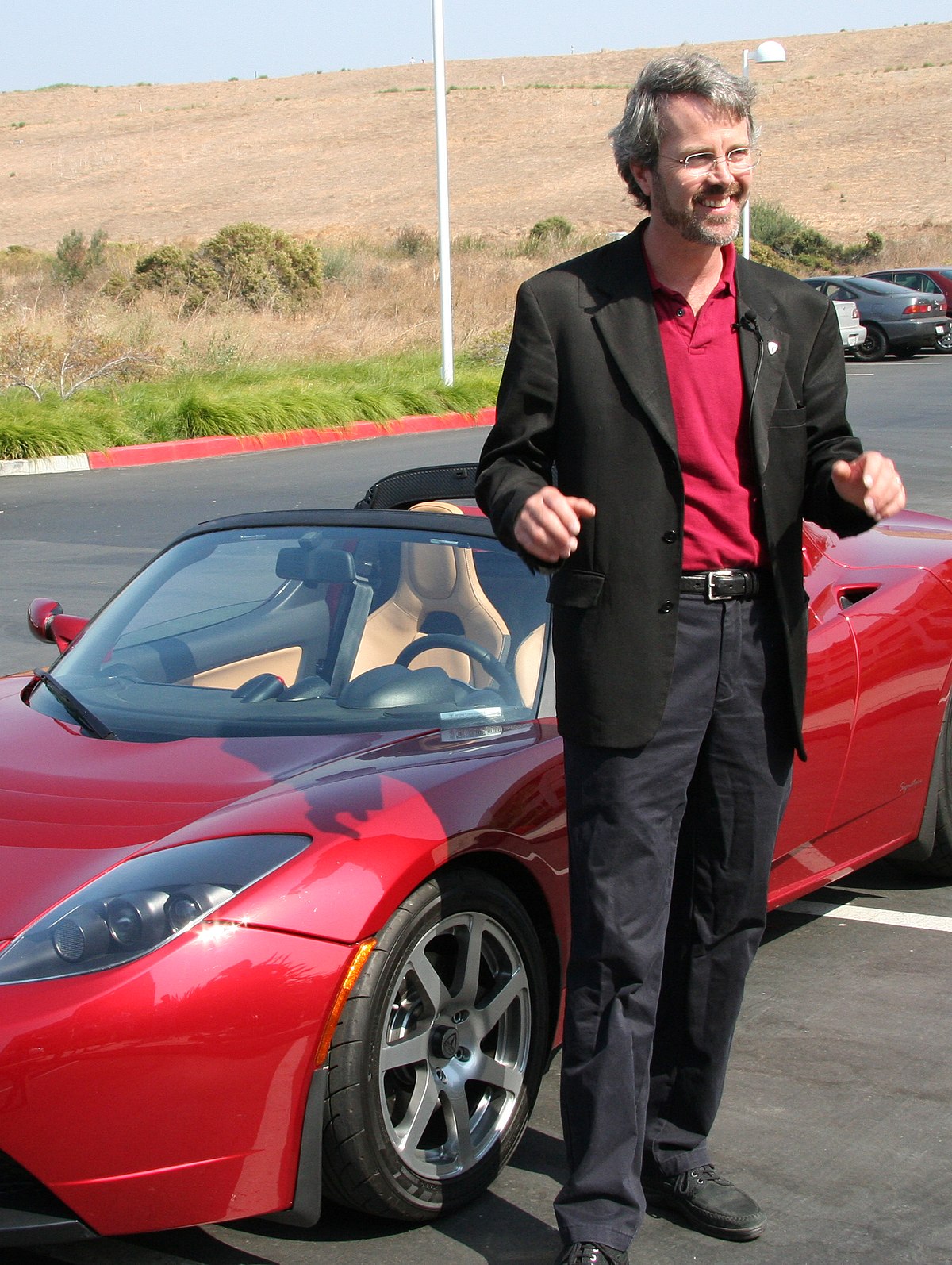 Martin Forest Eberhard is an American engineer, entrepreneur, and inventor who co-founded Tesla, Inc. (then Tesla Motors) with Marc Tarpenning in 2003. Eberhard served as Tesla's original chairman, and its CEO until late 2007.[1][2][3][4] In 2015, he was inducted into the University of Illinois Engineering Hall of Fame.

Eberhard began his career as an electrical engineer at Wyse Technology, where he designed the WY-30 ASCII computer terminal as his first product. Eberhard co-founded Network Computing Devices in 1987, where he served as chief engineer through its IPO on 1992.[6][7]

In 1996, Eberhard founded NuvoMedia with Marc Tarpenning, where they developed the Rocket eBook, the first e-book with secure internet delivery of content. Eberhard served as chairman and CEO until NuvoMedia’s acquisition by Gemstar in 2000.[6][7]