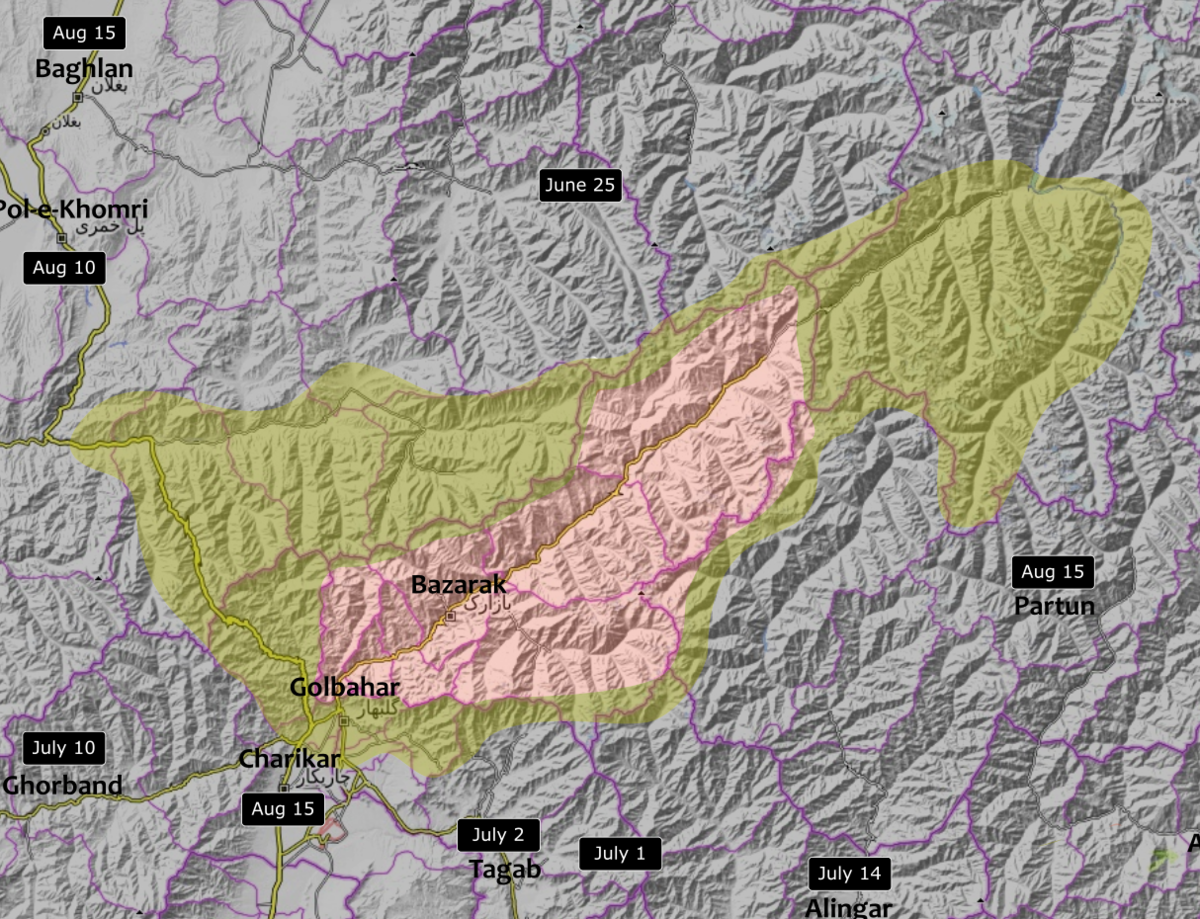 The Islamic Republic of Afghanistan is a state that is the notional continuation of the regime that previously governed Afghanistan. It exercises de facto control over the Panjshir Valley, which is largely contiguous with Panjshir Province and according to The Week, as of August 2021 is "the only region out of [the] Taliban's hands".[2]

Prior to the Fall of Kabul, Panjshiris began moving military equipment from surrounding areas, including helicopters and armored vehicles, into Panjshir Province.[3] There, they were joined by commanders of the Afghan National Army Commando Corps.[3]

On 17 August 2021, Amrullah Saleh — citing provisions of the Constitution of Afghanistan — declared himself President of Afghanistan from the Panjshir Valley, and vowed to continue military operations against the Taliban from there.[4] His claim to the presidency was endorsed by Ahmad Massoud and Islamic Republic of Afghanistan Minister of Defence Bismillah Khan Mohammadi along with the Afghan Embassy in Dushanbe.[4][1] At around the same time, remnants of the Afghan National Army began massing in the Panjshir Valley at the urging of Masoud.[5][2]