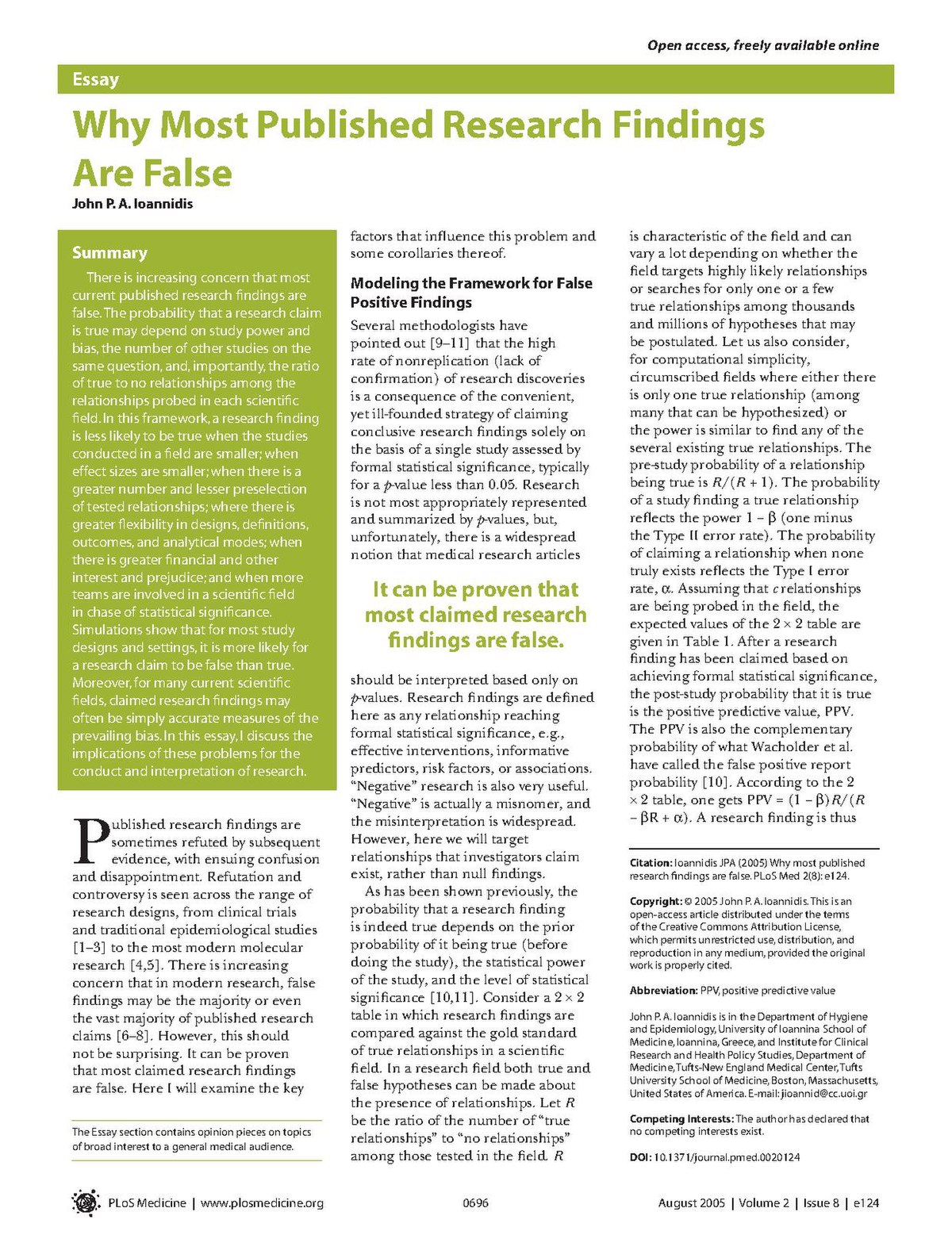 The replication crisis (also called the replicability crisis and the reproducibility crisis) is an ongoing methodological crisis in which it has been found that many scientific studies are difficult or impossible to replicate or reproduce. The replication crisis most severely affects the social sciences and medicine,[2][3][failed verification ] while survey data strongly indicates that all of the natural sciences are probably implicated as well.[4] The phrase was coined in the early 2010s[5] as part of a growing awareness of the problem. The replication crisis represents an important body of research in the field of metascience.[6]

Because the reproducibility of experimental results is an essential part of the scientific method,[7] an inability to replicate the studies of others has potentially grave consequences for many fields of science in which significant theories are grounded on unreproducible experimental work. The replication crisis has been particularly widely discussed in the fields of medicine, where a number of efforts have been made to re-investigate classic results, to determine both the reliability of the results and, if found to be unreliable, the reasons for the failure of replication.[8][9]

A 2016 poll of 1,500 scientists conducted by Nature reported that 70% of them had failed to reproduce at least one other scientist's experiment (including 87% of chemists, 77% of biologists, 69% of physicists and engineers, 67% of medical researchers, 64% of earth and environmental scientists, and 62% of all others), while 50% had failed to reproduce one of their own experiments, and less than 20% had ever been contacted by another researcher unable to reproduce their work. Only a minority had ever attempted to publish a replication, and while 24% had been able to publish a successful replication, only 13% had published a failed replication, and several respondents that had published failed replications noted that editors and reviewers demanded that they play down comparisons with the original studies.[4][10] In 2009, 2% of scientists admitted to falsifying studies at least once and 14% admitted to personally knowing someone who did. Such misconduct was, according to one study, reported more frequently by medical researchers than by others.[11] A 2021 study found that papers in leading journals with findings that can't be replicated tend to be cited more than reproducible science. Results that are published unreproducibly – or not in a replicable sufficiently transparent way – are more likely to be wrong and may slow progress. The authors also put forward possible explanations for this state of affairs.[12][13]