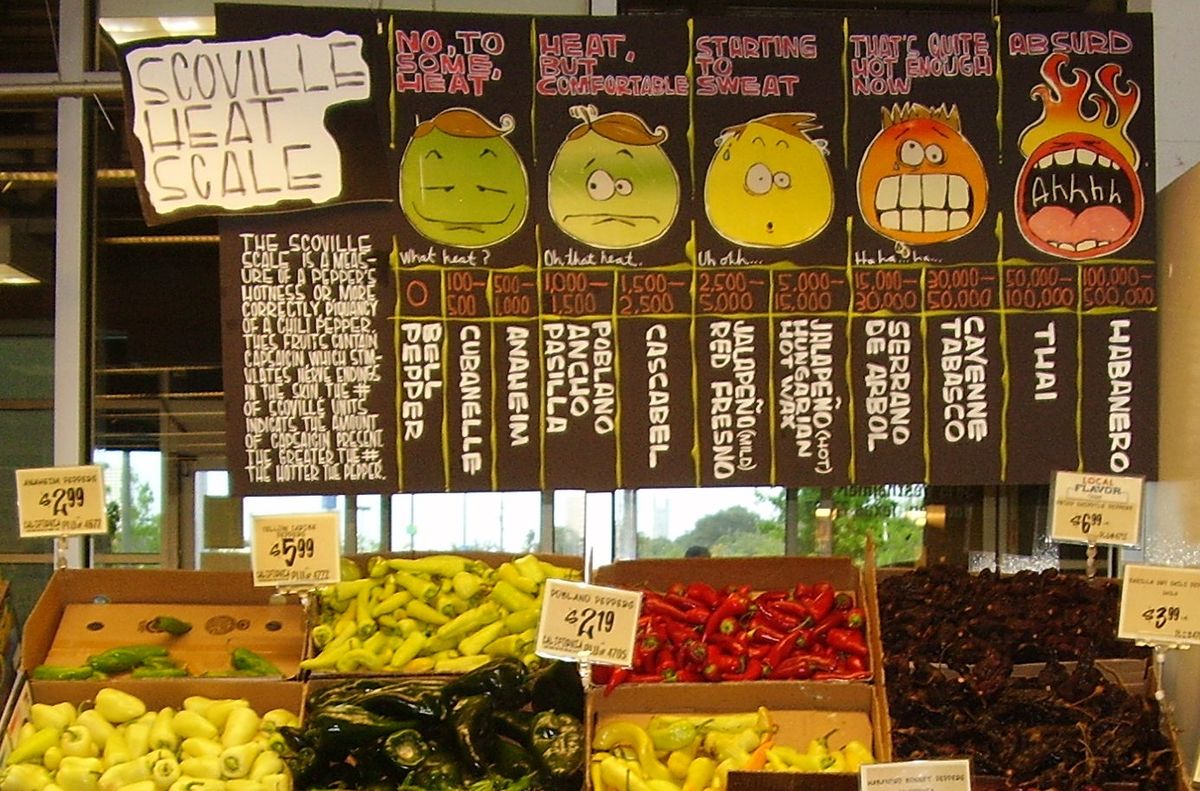 The Scoville scale is a measurement of the pungency (spiciness or "heat") of chili peppers, as recorded in Scoville Heat Units (SHU), based on the concentration of capsaicinoids, among which capsaicin is the predominant component.[3][4][5][6][7] The scale is named after its creator, American pharmacist Wilbur Scoville, whose 1912 method is known as the Scoville organoleptic test.[3][8] The Scoville organoleptic test is the most practical method for estimating SHU and is a subjective assessment derived from the capsaicinoid sensitivity by people experienced with eating hot chilis.[3][4]

An alternative method, using high-performance liquid chromatography (HPLC), can be used to analytically quantify the capsaicinoid content as an indicator of pungency.[3][5][7] As of 2011, the subjective organoleptic test has been largely superseded by analytical methods such as HPLC.[9]

In the Scoville organoleptic test, an exact weight of dried pepper is dissolved in alcohol to extract the heat components (capsaicinoids), then diluted in a solution of sugar water.[3][10][11] Decreasing concentrations of the extracted capsaicinoids are given to a panel of five trained tasters, until a majority (at least three) can no longer detect the heat in a dilution.[1][3][10][11] The heat level is based on this dilution, rated in multiples of 100 SHU.[10]