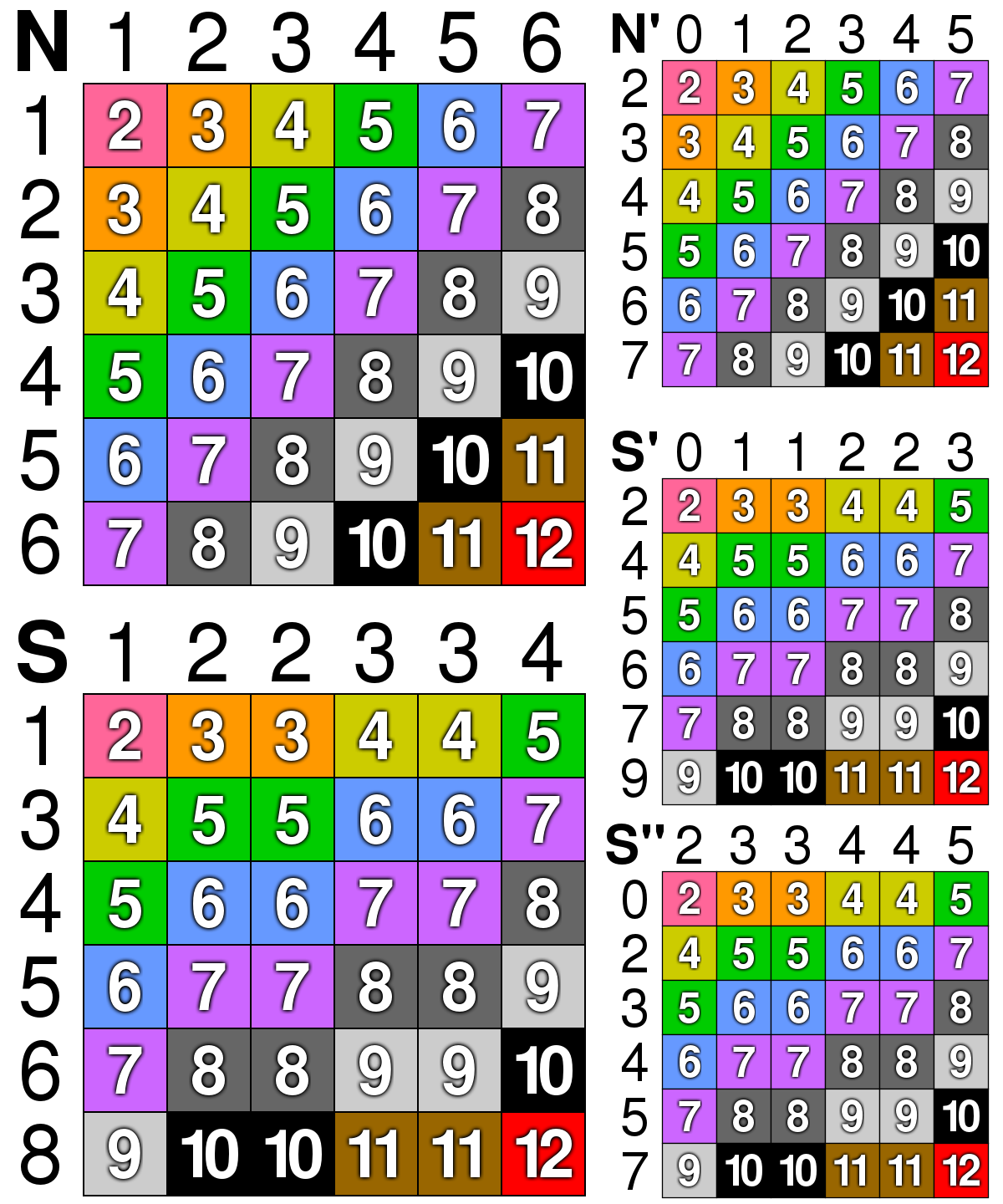 Sicherman dice /ˈ s ɪ k ər m ən / are the only pair of 6-sided dice that are not normal dice, bear only positive integers, and have the same probability distribution for the sum as normal dice.

Crazy dice is a mathematical exercise in elementary combinatorics, involving a re-labeling of the faces of a pair of six-sided dice to reproduce the same frequency of sums as the standard labeling. The Sicherman dice are crazy dice that are re-labeled with only positive integers. (If the integers need not be positive, to get the same probability distribution, the number on each face of one die can be decreased by k and that of the other die increased by k, for any natural number k, giving infinite solutions.)