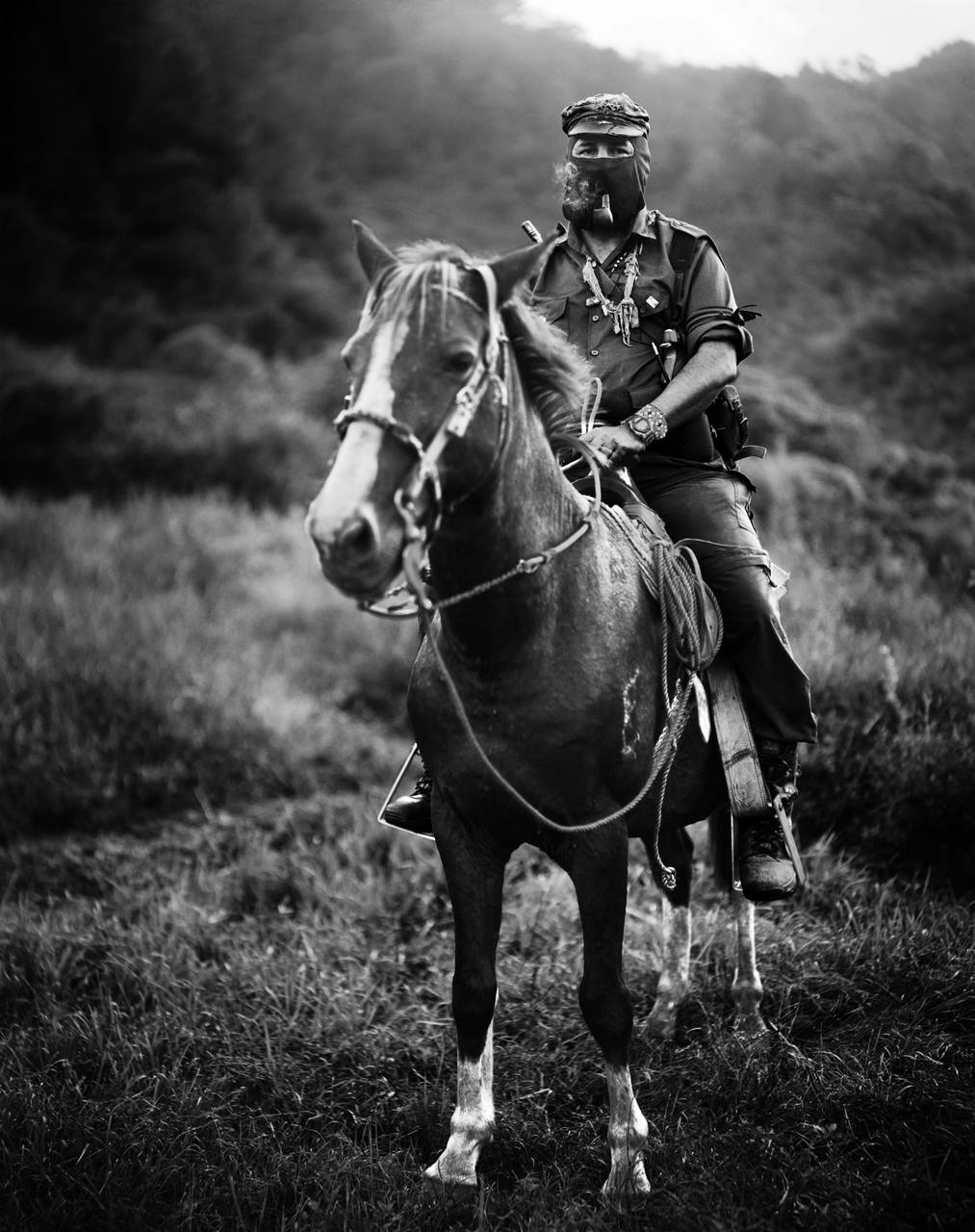 Rafael Sebastián Guillén Vicente (born 19 June 1957)[1] is a Mexican insurgent, the former military leader and spokesman for the Zapatista Army of National Liberation (EZLN) in the ongoing Chiapas conflict,[2] and an anti-capitalist and anti-neoliberal globalization icon.[3] Widely known by his initial nom de guerre Subcomandante Insurgente Marcos (frequently shortened to simply Subcomandante Marcos), he has subsequently employed several other pseudonyms: he called himself Delegate Zero during the Other Campaign (2006–2007), and since May 2014 has gone by the name Subcomandante Insurgente Galeano (again, frequently with the "Insurgente" omitted), which he adopted in honor of his fallen comrade "Teacher Galeano".[4] Marcos bears the title and rank of Subcomandante (or "Subcommander" in English), as opposed to Comandante (or "Commander" in English), because, he is subordinate to, and under the command of, the indigenous commanders who constitute the EZLN's Clandestine Revolutionary Indigenous Committee's General Command (CCRI-CG in Spanish).

Born in Tampico, Tamaulipas, Marcos earned a degree from the Faculty of Philosophy and Literature at the prestigious National Autonomous University of Mexico (UNAM),[5] and taught at the Autonomous Metropolitan University (UAM) for several years during the early 1980s.[1] During this time he became increasingly involved with a guerrilla group known as the National Liberation Forces (FLN), before leaving the university and moving to Chiapas in 1984.[1]