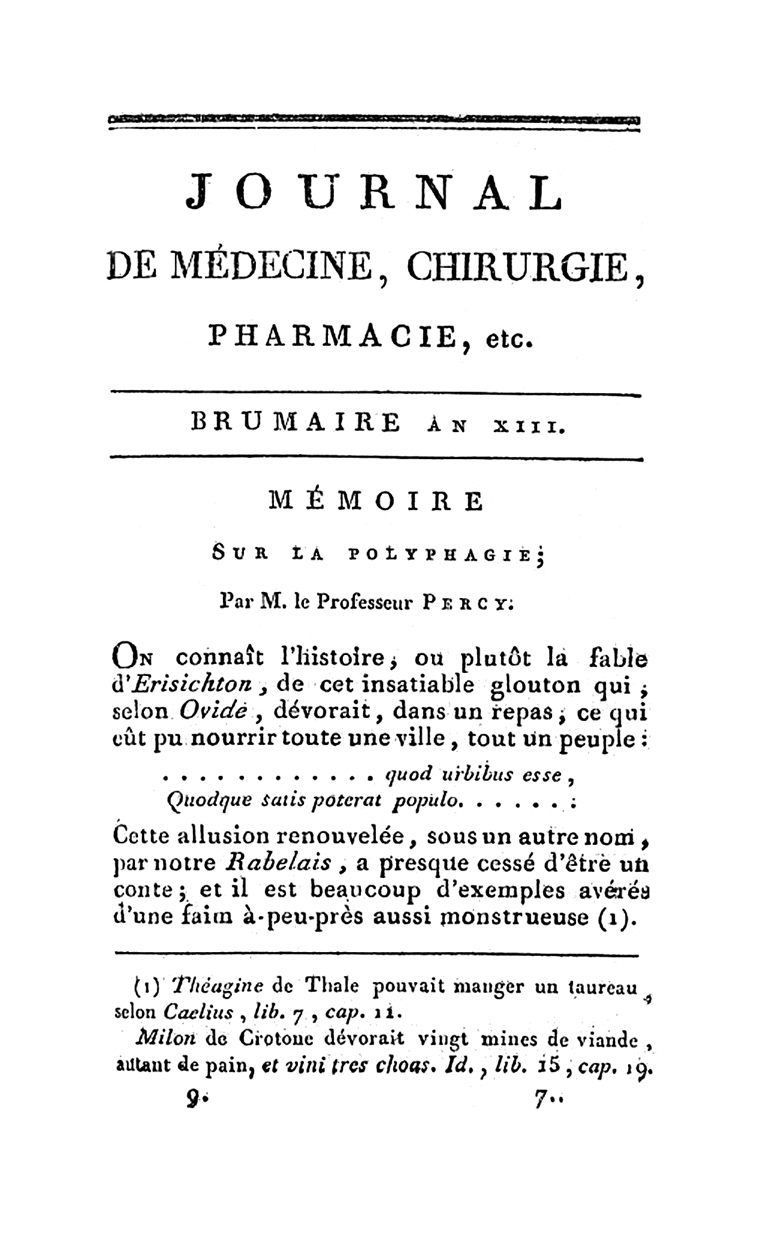 Tarrare (c. 1772 – 1798), sometimes spelled Tarare, was a French showman and soldier, noted for his unusual appetite and eating habits. Able to eat vast amounts of meat, he was constantly hungry; his parents could not provide for him and he was turned out of the family home as a teenager. He travelled France in the company of a band of prostitutes and thieves before becoming the warm-up act for a travelling charlatan. In this act he would swallow corks, stones, live animals, and a whole basketful of apples. He then took this act to Paris where he worked as a street performer.

At the start of the War of the First Coalition, Tarrare joined the French Revolutionary Army, where even quadruple the standard military ration was unable to satisfy his large appetite. He would eat any available food from gutters and refuse heaps but his condition still deteriorated through hunger. He was hospitalised due to exhaustion and became the subject of a series of medical experiments to test his eating capacity, in which, among other things, he ate a meal intended for 15 people in a single sitting, ate live cats, snakes, lizards, and puppies, and swallowed eels whole without chewing. Despite his unusual diet, he was underweight and, with the exception of his eating habits, he showed no signs of mental illness other than what was described as an apathetic temperament.

General Alexandre de Beauharnais decided to put Tarrare's abilities to military use, and employed him as a courier for the French army, with the intention that he would swallow documents, pass through enemy lines, and recover them from his stool once safely at his destination. Tarrare could not speak German and on his first mission he was captured by Prussian forces, severely beaten, and underwent a mock execution before being returned to French lines.